I got out on the bike for a quick 50k after a busy morning doing paper work ahead of my move back to Australia. When I left home the S&P was at 1324 and looking solid, but 2 hours later we were back to flat in what is becoming a familiar daily pattern. It was a surprise to me that the markets had been up at all as the Chinese PMI confirmed my previously stated view that China was slipping down the sink hole. That PMI fell to 48.7 in May from a final reading of 49.3 in April. It marked the seventh straight month that it has been below 50, indicating contraction. Obviously the "money honeys" of CNBC chose to lead most reports with the usual spin that China stood ready with stimulus and that the PMI was a sign money was about to be printed. Really? Is that what the media has come to? 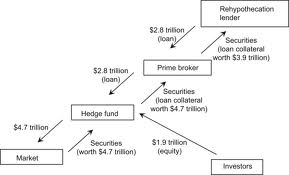 Hold on for another round of rehypothecation as geniuses J P Morgan are trying to get a copper ETF listed. I note that amongst parties against this is Red Kite, a metals trading house who I saw present in NY before Xmas. I'm sure if you're a sales guy at JPM it seems like a great idea, but if you're the SEC I think you want to start putting a break on this type of thing. Surely the realisation that the Gold price is ahead of itself on the back of the numerous ETF's must start to ring bells somewhere in government?

Maybe we need to start looking at the success of the major US corporates who have done well from government stimulus. HP plans to lay off 27,000 people. This is a familiar story as CEO's in the strongest companies continue to squeeze their workforce as hard as possible. I wonder what the end game is for HP. Meg Whitman doesn't seem to me like she's really into this for the long run. Is it possible that HP and Dell merge at some stage? That would leave Lenovo as the main competition and of course the odds and sods of Japan and Taiwan. Someone has to say, so it may as well be me.

Readers from the early days of this blog know that I am a believer in mining group Xstrata. I currently do not own the stock, but have done well there in recent years. I always believed that Glencore would take them out, but only at a proper price, not at the current levels. Therefore it was with some interest that I note the Qatar Investment Authority's aim of gaining 10% of the company in the open market. The FT is suggesting that the real game here is the QIA is trying to end up with a significant stake in a merged Glencore-Xstrata. I honestly don't know why thay would be just building an old fashioned blocking stake aimed at achieving a nice premium exit price. What ever happened to the 80's and greenmail?


Leaving markets aside for the moment I wanted to mentioned that I've been roped into yet another cycling sportive. This time I'm doing the 110k Evian to Lausanne ride this Sunday in Geneva. The support crew will be dropping me in Evian around 08:00 and hopefully 4hours later they will pick me up in Lausanne. It costs CHF 85, but you do get a cycling Jersey. 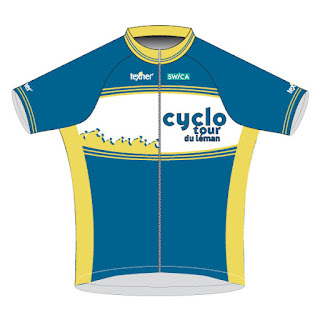 I didn't say it was particularly attractive . . .