Kiss it goodnight . . . back from Barbaresco

I got home after a pleasant enough 4 hour drive from Barbaresco listening to various podcasts I downloaded this morning at the hotel. They weren't all from Bloomberg, but some were. One of my favorites was from Nomura's Michael Kurtz HK (Head of Global Equity Strategy) who spent the first 75% of the interview talking about all the headwinds the global economy and Chinese corporate profit shrinkage, then in the last quarter of the show reeled off all his bullish forecasts for 2H12 .... excuse me? Maybe he recorded that before seeing the Indian GDP numbers?

India's GDP confirmed the general condition of the world when it disappointed my banking friends by missing their unrealistic GDP forecast numbers. 5.3% is not going to cut it in a world looking for a bail out from the BRICs countries. Energy costs are killing India and demand for manufactured goods looks awful. The Indian manufacturing sector actually contracted 0.3% for the quarter. The FT had a great quote:

“It’s a disaster,” said Rajiv Kumar, the secretary-general of the Federation of Indian Chambers of Commerce and Industry. “We are facing a crisis of slow growth and high inflation that is extremely concerning.”

Turning to banking and as usual something always happens to surprise me. Morgan Stanley as I said yesterday is under a lot of pressure, but today they exercised the option to buy more of the Smith Barney franchise. Essentially the company is trying to buy revenue to replace what it's lost from the scaling down of other activities. Maybe that's a smart move .... I just don't know. Certainly net revenues of $3.4bn and net income of $387m from the unit will be welcome, but what capital requirements a wealth management expansion comes with I am not too clear on. I expect MS, like most banks to have to raise capital in some form in the next 12 months. Good luck to them.

This morning I got up before breakfast to ride through the vineyards of Barbaresco. Aside from a stiff breeze it was a fantastic morning. Clearly i was sore from yesterdays collapse on the Cat 2 climb Brondello da Ponte Romanico.

The hills around Barbaresco and my little hotel at Tre Stelle are almost purpose built for cycling. The views are fantastic and the people always say hello. 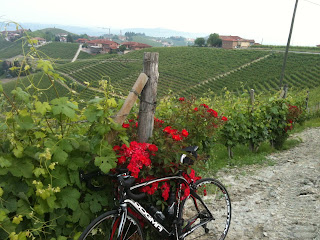 At 7am the vineyard works are already out amongst the vines checking the buds and making adjustments to the trellising. I kept it to a leisurely 20k's, just enough to work the kinks out.

After breakfast I headed down to Barbaresco to do some tasting. It's not my normal practice to taste big reds at 10am in the morning, but I made an exception. I picked up a bakers dozen of mostly wines from modern producers, though I couldn't help but splurge on a bottle of the hard to get chardonnay from Gaja .... one of Mrs I B Cyclist favs: 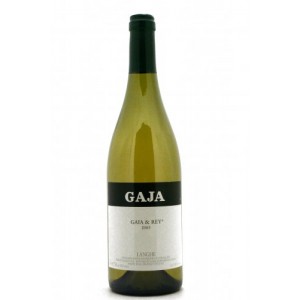