How do you react to someone stating the bleeding obvious? Furthermore what is the correct reaction to someone who is clearly pushing an agenda you have little time for?


Christine Lagarde came to London pushing her save the Euro agenda. I've got to hand it to George Osborne, he kept his cool when clearly he really can't stomach being lectured by a member of the failed 1% euro elite. Good for him.

The OECD followed Madame Lagarde by calling for more innovation ... i.e. jointly-guaranteed eurobonds. Democracy is clearly under siege. Who voted for this type of union? I know that to the elites it makes sense, but it needs to have the ascent of the people, not just of the politicians in Brussels and Strasbourg who continue to ride the largest gravy train in world history.

Now that J P Morgan has shelved its $15bn dollar buy-back we can concentrate on the real problem at hand and that's the banking crisis.

As I said yesterday Barclays partial sale of BlackRock has started the stampede for money raising. Remember that the BlackRock sale is primarily motivated by the risk weighted capital requirements (250%) required under Basel III. Therefore start going through bank balance sheets (DB comes to mind) and look for simialr holdings and start working out the viability versus the capital available. That's before we get to the main problem which is that multiple stress tests that occurred over the last 18months are floored. They were based on models such as the one that failed to identify the risks inherent in the positions at JPM. Therefore all of that needs to be stressed and redone. I believe once we get into this that we'll be looking at closer to 500bn than 300bn, which I believe will precipitate multiple merges and some closures of banks especially in Europe.

I was listening to the "This Week in Tech" (TWIT) podcast as I walked back from the gym today. They were having a long discussion on the Facebook IPO. Adam Curry is the original podcaster and he took a company public in 1996 ... so he has form. Curry is no genius, but he's pretty sensible and his view is that Facebook will trade at 17 bucks! Listen to the podcast and contrast Curry with the uber-bull Robert Scobel who is also a doyen of tech gossip. I like Scobel and you can check out his blog here.

I managed to get to the gym today to work off the 7 course meal we had on Sunday night in Barolo. It feels funny to say it, but for once in Europe I thought I was getting great value. Our share of the bill came to 80 Euros and we were drinking a nice Barbera d'Alba from Pio Cesare (2 bottles) . For anyone going that way check out La Cantinetta - nice people. 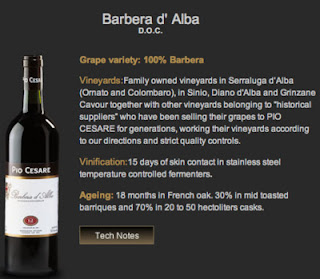