Another day, another hill to climb and more problems in Europe ...

It's amazing how a great day can lift the spirits. 18 degrees, sun . . .  just gorgeous. I headed up to Col de Saxel about 30km's from Geneva. The climb takes you up through some truly beautiful countryside and tops out at 944m. Not as high as my effort up Col Du Cou earlier in the week, but a very satisfying ride nonetheless. I passed quite a few other riders on the way up and felt really good. I relaxed at the top and took a few snaps and grabbed an energy bar. The funny thing was I really expected Strava to show me quite highly ranked for this Cat 2 climb ... clearly I was wrong. Here's the Strava segment page for the ride - obviously I have a million excuses: 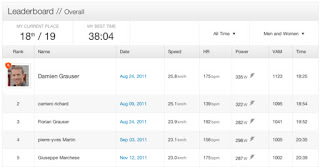 The ride obviously made me feel better after an early morning call from someone at UBS regarding an old work related matter.

I won't go into specifics but it's truly sad how paralysis can grip an organisation. At one stage the person on the other end of the phone started to tell me about some steering committee on the subject. I responded by asking if anyone on the committee was actually at the bank when incident happened? .... no. This committee clearly had no power to decide anything and was some kind of internal bureaucratic quango to make someone in authority feel as though they were doing something. I've said it before, and I'll say it again. Long CS - short UBS.

I kind of wish I could have been in Brussels last night when George Osborne let the French and Germans have it over the wording of the Basel III accord:

“We are not implementing the Basel agreement as anyone who will look at this text will be able to tell you. I’m not prepared to go out there and say something that will make me an idiot five minutes later,” he said.

Nice one G.O. . . , but really what they're arguing about is how quickly the German and French banks are going to be able to writedown worthless PIIGS paper and then recapitalise. Osborne knows this and what he's really doing is trying to expose the eurozone as hypocritical.

Meanwhile Mario Draghi somehow is able to find time to speak at a conference in Spain. Thats a bit unfair of me as he would have been speaking anyhow given today's rate indecision. They didn't cut rates today and I wonder if that was purely a move for the Germans. Once again the two speed eurozone is a problem. No doubt they'll use another manifestation of QE (LTRO etc) instead.