I think another day of rain trapped in the gym is starting to numb my brain. With the US Dollar still weak after Bernanke's latest QE bombs I should have realised that US manufacturing was going to be OK for the moment. Thus when the Institute for Supply Management index (ISM) hit the tape last night showing a 54.8, up from 53.4 in March I don't know why I was stopped in my tracks hunched over my iPad. That number beat the expected 53 and now leaves us pondering a two speed economy. The US manufacturers of value added machinery etc are performing well and seem to be de-coupling from the US housing malaise thanks to foreign demand and domestic auto sales. I'm sure that the US economy as witnessed by the latest GDP numbers and the Fed minutes is slowing, so I'll write this off as a blip. Once the Chinese and the other Asian USD pegged nations have a couple of months of below trend growth you can expect a slump. Having said that I wouldn't charge in and short the real manufacturing Blue chips such as my old favourite Caterpillar (NYSE: CAT). 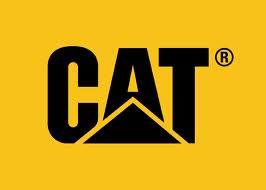 Europe is starting to bore me. The inevitability of the French rejection of the German austerity push makes me feel that we'll soon see an end to the Euro .... but not this year or next. The collapse of the Dutch government shows how confidence in the Merkozy plan is being eaten away by the Greek / Spanish / Italian etc. tragedy playing out before us. Lets take the the Dutch as an example. They're not exactly known for being spendthrifts, but I thought the NY Times highlighted the situation well:

"Dutch households on average now owe nearly 2.5 times their annual income — the highest level in the euro zone and up from 1.4 times in 1999. And they owe more on mortgages than the total size of the nation’s economy. "

Think about - this is the Dutch. I mean, all those properties they bought in Spain, Italy and Greece were being paid for by mortgages on their tiny houses back home. What happens to that collatorall if the Greeks (for example) exit the Euro? I don't think it's going to be good for ABN Amro etc. Maybe the worse it gets the easier it will be for the rest of us to travel around Europe this summer?