Commuter day and I get pick pocketed . . . thankyou Switzerland

Today is a commuter day for me. Anyone who knows me knows that over the years I've never liked commuting. Sydney was bad in terms of public transport coordination when I first got into work, while London was a disaster and eventually pushed me into a car. Singapore was easy because they have a billion cheap taxis and this dinky SMS a cab system that guarantees you a car with minimum effort. Geneva to Zurich ... It's easy. The trains are on time and I don't think CHF 150 return 1st class is expensive (using your 1/2 price travel card which you hopefully bought when you first arrived in Switzerland). 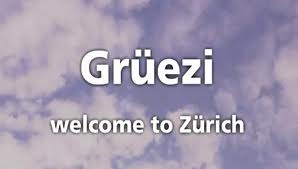 Zurich is an old favorite of mine. I wish I'd moved there instead of Geneva. It's not dynamic in the New York / London sense, but it has a service and can-do mentality that Geneva lacks. I'm meeting with some lawyers today and can guarantee if it takes more than 30mins I'll be surprised. If I was doing this in Geneva I know it would take 2hrs and cost nearly 3 times as much.

The business trip went smoothly, but on the way home my cash got lifted from my wallet while I was reading. Guess it cost me CHF 300 and my Amex. What a pain. I really hate this type of thing . . . I guess its not uncommon to feel like a fool afterwards. And its not as though I haven't seen it a couple of times before in Geneva. One of my old colleagues got his wallet lifted when somone asked him for a light, then another time we saw an English guy running after a gypsy. The gypsy threw the guys wallet away and kept the cash. Thanks Switzerland .... violent crime might be minimal, but petty crime exists. 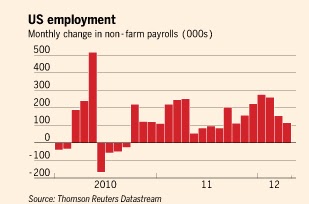 Today was NFP day in the US. I had catch up with the news when I got home. 115k is well short of what the market was looking for. I haven't seen the births and deaths adjustment number by I read one estimate that said it was well over 100k . . . . thus wiping out the positive data. March / Feb jobs were revised up by 53k. So, as I said after the ISM I believe the US is slowing. The only thing that surprises me is that the market is down 1% - rather than up 1% on expectations of QE3. Maybe the perversity is over?

The AUD is now under 1.02 and I'm sticking to my short on that one especially given the governments move to slash 4bn from defence spending. That to me smacks of not being in control of expenditure elsewhere.

Finally on a somewhat more cheerful note I I attended an enpremier tasting of 2011 Bordeaux last night. Once upon a time this would have been a huge highlight of my day / week / month, etc., but aside from great company I was a little under whelmed by the wines themselves. It's damn hard tasting Bordeaux like this . . . The tannins on the minor wines will rip your gums out. As I was saying when asked last night, when i go to this type of tasting all I'm looking for is a little taste of fruit, if I don't get that I'm not waiting 20 years to have tannins settle down. There were a few last night, but none save for the Pavie Macquin or Leoville Barton had me reaching for my wallet. 2011 Bordeaux is a pass.