Rate cuts and reality politics . . . Don't expect people to see things the way you do

There was a time when if your central bank dropped rates by 25bps then your retail bank would lower your deposit rates and mortgage rates by the same. Well those times are long over, especially when it comes to my Aussie brothers. 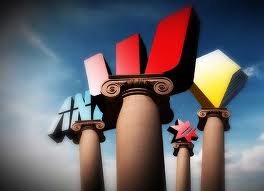 Readers will remember my previous pieces discussing the Australian banks funding problems ... essentially they fund out of the offshore wholesale markets, not from internal deposits. The market they are supporting is just way too big. Thus it can come as no surprise that in the 12hours or so since the RBA cut rates by an unexpected 50 bps that only medium sized regional player The Bank of Queensland has lowered its standard variable home loan rate .... and they only moved by 35bps to 7.11 per cent, from Friday, May 11. So what does this tell us:


1. The RBA is in panic mode. They've had the numbers on mortgage stress and chose to sit on them.

2. The Australian banks are going to need to suck in more deposits, but that will mean opening up the differential between loans and deposits to maintain their margins. The government and the RBA is going to hate that.

3. The RBA is effectively subsidizing Australian banks. If you believe that this continues then the Aussie bank shares are not a sell. It's a big "if" though ... look for this to be a huge election issue.

Add to this litany a government riddled by scandal with a one seat majority in the parliament and a AUD 10bn gap in their budget targets .... it doesn't look good. The RBA is telling you as much by making this extraordinary cut. They know the strength of the AUD has been too great to sustain the non-mining sector, leading to a severe imbalance in the economy. They also know that the game of reliance on China is over.


On a brighter note it's May Day and with it comes the usual socialist marches and protests. Here in Geneva I got blocked getting home from my bike ride by the usual red banners and cries of down with capitalism. Jeez ... the French part of Switzerland always votes for the left. We had a referendum last year calling for extended shopping hours on a second day midweek .... vetoed by French Switzerland .... as is Sunday trading. I mean if I told you that at least 50% of restaurants close in Geneva on a Saturday night would you believe me? Workers paradise indeed. 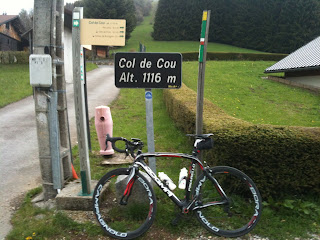 So I managed to get out on the bike. I'm happy to say I put in 85k's of riding and over 1000m of climbing. I took it very easy so my average speed was down from what I could have achieved, but in general I feel good about my effort. I should add that the rode was full of riders - all seemed to be in a good mood. Perhaps this was a better alternative to protesting for those of us with a bike? 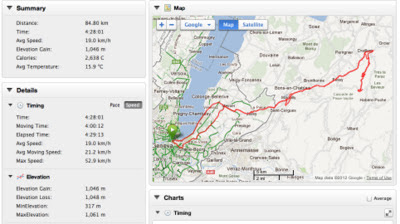