Will he or won't he?

So on Friday Ben spoke ... and spoke ... and spoke. Apparently what he said was not disappointing because he didn't say he "wouldn't", of course he didn't say he "would" either. The most notable point in favor of believing the Fed would do something was centred around the unemployment data which he said was 2 points higher than they (the Fed) would normally feel comfortable with. The problem for the Fed remains wat can they do that will change the situation without seeing inflation pop through the "acceptable" 2% level. Clearly QE type stimulus will see a upward move in oil. This will equate to a tax rise in oil-centric America. The limits of extraordinary policy just may have been reached.

While we wait for the next move the world continues. In the case of France they nationalized CIF the second biggest mortgage provider over the weekend.

Clearly for many this is bullish as it will increase desperation within the Elysee Palace to seek an ECB lead solution for the current crisis. Gold is back above 1700 and the market expects further printing of USD's via some form of QE. Flows into equity funds are picking up and many now have reached the point where they can no longer leave their wealth in cash or bonds. This week should be fun.

Stage 14 of the Vuelta was unbelievable, I mean I just can't imagine the pain of racing up that hill and hitting the final couple of km's at 12 or 13 degrees and knowing this could be the end. 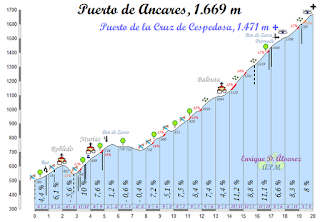 Contador and Rodriegez dueled while Froome tried to stay in contact. It looks less and less likelyt that Froome can hang with the Spaniards. I thought the gearing used by the leaders told you a story as Froome used 38-32 while the others were at least 4 teeth lighter. Was this the result of the failures of Froome and Wiggins last year on Stage 15 climbing Alto de L'Angliru where Cobo spun freely on a 34-32 going up the 20 degree plus slopes?