“iPhone 5 pre-orders have shattered the previous record held by iPhone 4S and the customer response to iPhone 5 has been phenomenal,” said Philip Schiller, Apple’s senior vice-president of worldwide marketing.

It's very hard to bet against Apple (AAPL). We all know it's a crowded trade, but even in the case of a comparatively underwhelming product such as the latest iPhone (5) comes to the market it would seem that consumers think the team at 1 Infinity Loop can do no wrong. Brand value is all in the consumer world and if we're waiting for AAPL do a Sony and produce a mundane product with technical problems we may be waiting a long time. It seems to me now that APPL has a quasi-mystical reputation for style, functionality and reliability.

In the same way as AAPL the likes of LVMH (via their Louis Vuitton brand) have strategically played desirability game to it's full potential, especially in Asia. The consumer in an age of reality TV has become fixated with the notion of fame and the trappings that go with it. Only as budgets are stretched have we seen a small fall of in top lines of the likes of company's such as Tiffany & Co. Reality as shown yesterday in the Empire manufacturing survey which fell to its lowest level since the GFC has yet to be seen as having a huge effect in luxury, . . . but it will. When will luxury become exclusive again? Is the iPhone an indispensable tool or a status symbol. Can something be both? Do not short AAPL yet.

Fortescue (FMG) managed to get a syndicate headed by CS and JPM to stump up $4.5bn out to November 2015.The stock reacted very positively. The conditions for the loan, which is secured at the group level remain a bit patchy, but time has been bought. Of course now we wait for the Chinese to start buying Iron Ore again . . . and therein lies the bet. If you are a China bull this stock is cheap. If you are somewhat skeptical stay away because there is $7bn of unsecured junk debt out there that will want to be paid back as well. Be very careful people.

I don't understand the reasoning behind the Team Time Trial at the World Championships. Omega Pharma winning the mens elite TTT proves what that various pro-races over the summer didn't prove? 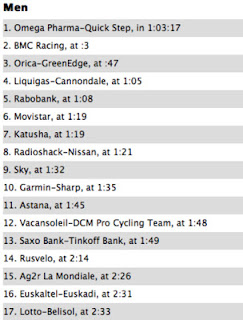 Isn't the idea of the World Championships that riders race for their country? The Dutch will certainly be out for the Mens Road Race on Sunday. For mine it's looking more like a lottery. I know everyone thinks the course is built for Gilbert, especially after his stage wins in the Vuelta. 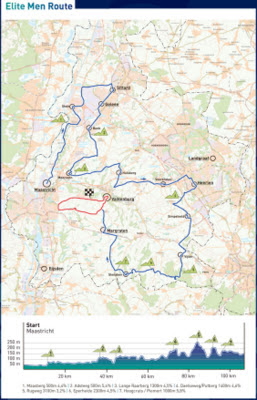 To me it's the winner is not nearly as obvious as the short but steep hills allow for an attack and brakeaway by any of the riders. Remember too that we're not going to see the big teams of the grand tours, so this makes the event more random and plays into the hands of the "loners". Boonen is a rider who might do well here . . . as is Thomas Vockler who I hope rides his red and white TdF KOM edition Colnago C59: 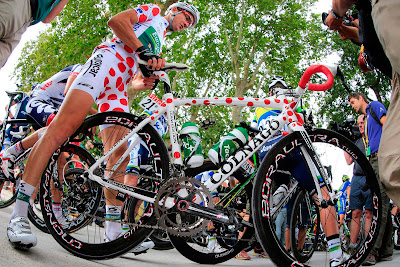