The moral hazard and we have a new world champion . . . 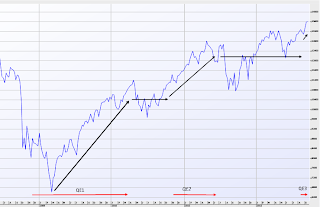 A good friend of mine sent the above chart of the DJI just before I left for a bike ride. It's a perfect chart for explaining the growth of the moral hazard that has developed since the  birth of QE. Is the world a better place because Ben Bernanke let the presses roll? Probably it's a happier place, but better? Well we'll know in another five years whether we can call it better. Here's the best example we have of the effect of an extended Zero Interest Rate Policy (ZIRP): 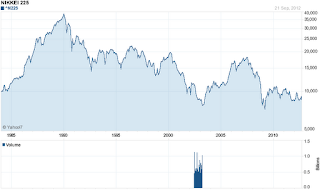 This is the N225. Japan has has ZIRP since 2001 and ultra low rates for an extended period before that. The reason Japan was forced into this position was a deleveraging post a real estate bubble. Sound familiar? For years Japan kept zombie banks alive. In return those banks continually refused to pass on the benefits of ZIRP to the larger economy because they had to recapitalize themselves and they remained unable or unwilling to write-down many of their low yielding assets.

When Deutsche Bank (for example) cut its' targeted RoE to sub 10% from 20%+ they were following what the Japanese had done a decade earlier.

At least the Belgians can smile about something today. Philippe Gilbert is the new Elite Mens Road Racing Champion. 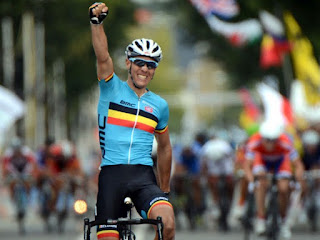 I stayed up as long as I could last night to watch all the action. I nodded off with about 80k's to go so missed Gilbert's attack on the Cauberg: 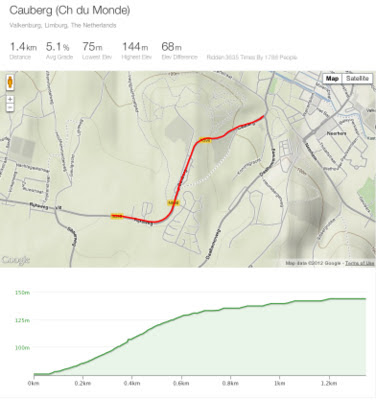 I guess the most relieved people, aside from Gilbert himself, were the BMC team who until the Vuelta had got absolutely nothing in return for their massive investment in Gilbert. The super team were totally obliterated by Sky at the TdF and had little to smile about in the spring classics. Maybe their fortunes have turned and we'll see more from the boys in black and red next year. And we'll be seeing lots more of Gilbert in the rainbow jersey: 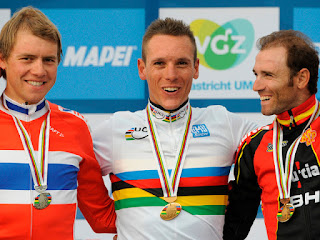