Arrogance can get you killed . . . or get you noticed.

Arrogance is an interesting characteristic in man. It probably helped us in conquering flora and fauna as we began our move upwards from knuckle scraping tree dwellers to physics defying solar system explorers. Then again arrogance can get you in trouble.

In 1975 the US government set up the Strategic Petroleum Reserve (SPR). The idea was that the US needed a buffer between the suppliers and the consumers. The oil shock of the early 70's had taught them that being subject to unstable supply could bring whole economies to their knees. What the SPR was never intended to do was to act as a price manipulation mechanism. If governments wanted to vary prices they could do so via taxes and regulation of usage (such as smaller engine sizes in cars etc.).

Last night in London the oil market (via ICE) went nuts for 45mins as the price fell about $4 bbl. Many assumed that the US and some smaller governments had decided to release some supplies from the SPR. Maybe it was the Saudis? I don't know what the truth about the drop is, but I do know that QE3 or Twist 2 speculation had been driving up oil prices for some time now. You see in my view oil is money. Think about it . . . unlike gold it actually produces something that people need. You can burn it and produce something. It's value is an expression of its energy output, whereas gold's value is a fear tool, an expression of value protection. Oil, especially on the long end of the curve represents an inflation / debasing hedge, maybe not in the sense of gold, but certainly in a world where the developing high growth world is not ready to abandon aspirations for car ownership. If the the US government wants the oil price to come down they just need to stop printing cash. There are approximately 695m bbl's in the SPR. At what stage does the US military say we actually need to retain "X" to defend ourselves. The difference between military and civil should be renamed the Strategic Pricing Reserve. Perhaps honesty would be a better policy?

Of course some governments have tried to get off the oil consumption track. According to the FT Japan’s feed-in-tariff rate, at JPY42 per kilowatt hour, is twice Germany’s and three times China’s. Remember that Spain and other European sick cases had similar schemes and are now reducing the subsidies because the cost differential to fossil fuels is too much for their economies to stomach now they have hit the point of functional bankruptcy. In Japan the high subsidy is driven by the fear of another nuclear disaster. Of course if the Japanese were rational they may well have responded to the disaster by relocating some nuclear facilities and adopted a policy of corporate honesty, something which the likes of Tepco (in power) and Olympus (in the industrial space) demonstrate has been severely lacking in Japan for sometime. The story for investors comes down to who benefits from selling people the panels and is the growth rate sustainable? The answer, as is always in Japan is less than clear. I visited Sharp in Japan once and their plans for solar production was impressive, the problem was they also had to shoulder the costs associated with consumer electronics amongst other things. I remember commenting to the investor relations rep at the time "hey . . . how come you don't float this off and get a big cash dividend for investors (because of the tech multiple and implied earnings growth) and then management might be able to focus on one product? Maybe I'm naive especially when looking at Japan because that's precisely what they never do. Too bad, as it may have been a better business left to fend for itself.

I'm not sure you would call the Bank of Japan arrogant for thinking that they still mattered in the world, but they've done a Bernanke and cranked up the presses again. Clearly they wish that people would dump the JPY so their industries might be able to compete again, but alas . . .  So the plan is to expand its asset purchase and loan program by ¥10 trillion, or $127 billion, to ¥80 trillion. They also lengthened the duration to the end of 2013. Yawn. Stay long the JPY and learn to not hate it so much! 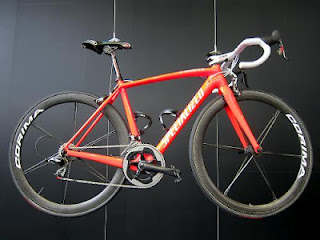 Olympic champion Alexandre Vinokourov sold his gold medal winning bike for charity and raised $243k. I hope someone told the buyer that the red-orange S-Works Tarmac SL4's Corima wheels are unlikely to carry a rider + bike above 85kgs. This is an extremely lightweight setup. Check out the spoke count on those wheels, because if you're like me and total loaded weight of bike, gear and rider is around 100kgs then you're going to last about 500m up a decent hill before hearing a "ping, ping" as spokes fail. Mind you so long as you have a nice matching outfit you'll look good?

The Italians have an expression that sums up their attitude to life . . . "bella figura". . . it can mean many things, but essentially it's about how one looks, how one comports oneself, how one makes a good impression in all things. So in cycling it's about keeping your bike sparkling cleaning and making sure the saddle and handlebar tape match the frame. It's about wearing a the appropriate outfit that enhances your style and presentation while riding. Of course it also refers to how you ride . . . are you relaxed? Is your cadence in an easy rhythm? When you attacked a hill did you do it with panache. Italians watch these things. That's why when you go and get a bike fitted in Italy they'll encourage you to buy matching shoes and jerseys. They'll even discuss your diet and what is best for a rider of a particular type of bike. I kid you not! 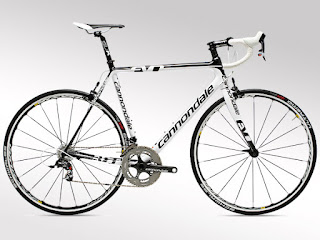 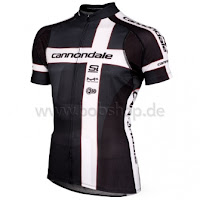 I once rode up a hill near Barolo and a gentlemen came past me on a beatiful black and white Cannondale Evo Super Six, he was wearing a matching outfit and old, but spotless white sidi shoes. After checking me out he told me to relax and enjoy the climb. "Si tratta di una splendida collina - cadere la guarisce e relax il mio amico" (It's a beautiful hill - drop your heals and relax my friend). He rode off and met me at the top of the climb for coffee. He was about as far from arrogance as anyone so clearly in charge of what he was doing can be.