Some bling and some adjustments . . . 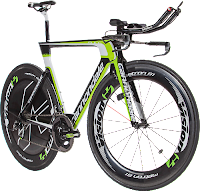 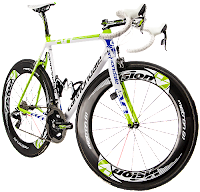 To say these are loud is somewhat of an understatement. I've never ridden Vision's wheels before and although I'm in the market for some new training wheels I think I'll pass.

Greece got another $4bn overnight. Partly this is the payment for last May and the latest payment due. I have no idea why the May payment was held up as the excuse of non-compliance has such a hollow ring.

Maybe Greece could ask Goldman Sachs for some more help (they've helped before as we know from the fabulous Fab and the team)? I liked the GS result because it shows at least one bank is learning fast how to adapt the new regulatory environment. Goldman Sachs earned $5.60 a share in 4Q12, more than tripling the 4Q11. GS costs (ie. compensation and benefits) were just 21% of net revenues – down from nearly double that a year ago. For the full year, the compensation ratio fell to 38 per cent from 42 per cent. That's a fabulous result and speaks volumes about the buy-in by senior staff. Now if you ask me whether it's sustainable I'd say no. I cannot envisage staff taking another bullet of that size next year. Look for the compensation ration to edge up again soon. Having said that you certainly need to admire what they've done even if there's been some dubious arbitraging of tax risk for the payouts themselves.

Possibly the most intriguing news of the last 24hrs was that the Germans were looking to repatriate a chunk of their gold reserves. They're moving 54,000 gold bars worth €27bn from Paris and New York to Frankfurt. I have no idea why they were in Paris, but obviously the NY stash was put away back when the Russians were threatening to flood the Fulda Gap with T62's and BTR's. 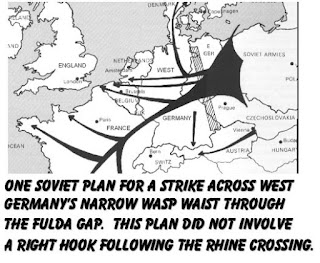 I'd suggest reading Mohamed El-Erian's piece in the FT for a better insight into what the move means. He specifically refers to "domestic considerations", meaning that the German people are worried about their money. I guess given how the popular perception is that the EU/ECB is bleeding them dry that politicians felt like they had to do something symbolic that made up for their inability to stem the tide of power that was being transferred from Berlin to Brussels.