Apple remains the most crowded long in the pro market. I am tempted to launch into some form of elongated metaphor regarding the share price touching 666 yesterday, but I always try to reject conspiracy theories and wild coincidences as being the last bastion of irrational tin hat wearers. 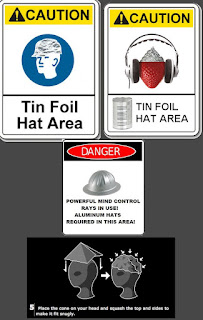 Look here's the thing Apple is trading on about 15 times earnings and is sitting on a super tanker load of cash. They have products people want and even if I think that the growth rate for their earnings is likely to slow how much bang for my buck do I get on the downside. Of course all that rational thought will go out the window if one of these iPhone or iPad launches underwhelms. Given we expect to see iPhone 5 in September should one bet against AAPL? I humbly suggest that betting against AAPL has more to do with trying to catch extra alpha in a broader sell off than a judgment against the company's fundamental business.

The news vacuum continues to suck in the pundits. After yesterday's leak about capping rates spreads and the subsequent rejection from German sources we have further speculation as to how stimulus may get done in Europe. I think what bulls really want is to hear Draghi say something about open ended QE. Of course it's a pipe dream, but with so many policy makers enjoying the weather in Europe rather than the air conditioning in their offices all these stories get more time and analysis than they deserve.

It's funny the way the press are spinning Vikram Pandit's remarks that Citi Group doesn't have to be broken up as his ex-boss Sandy Weill recently said in a now somewhat famous version of St Paul's conversion on the road to Damascus. I think Pandit is probably correct, but primarily so not because the model was right, but because he's selling so many "non-core" assets that the downsized banking giant will do what regulators are not willing to mandate. 50% of Citi's earning come from Asia and associated emerging markets.

Pandit is quite open about this bet and given his own ethnicity at least he somewhat represents the shift within the group. It would probably be unfair to suggest that Citi has been there done that before (anyone remeber the last time South America blew-up?), so I won't. Good luck to Citi and good luck hoping that China is going to grow at something approximating to the 7.5% the government there predicted. Also good luck with Brazil, India and Russia because I think you're going to need it.

There is another bet being looked at today. Warren Buffet is no longer happy with the size of his bet insuring Municipal bonds. It looks from filings that Buffett has called time on 8.2bn worth of bond insurance that he was previously happy to write. Meredith Whitney shocked the punters back in 2010 when she went on 60 minutes and scared the life out of retirees.

I happen to think she was right about the direction, as is said in the above clip. Whether we end up getting 10's or 100's or 1000's of municipalities defaulting or not doesn't interest me as much as the drag on the economy created when  these local governments decide to do something to avoid that scenario. So what is Buffett telling us? Honestly you'd have to ask him, but I think he sees a fiscal cliff and figures he'll get another chance to write those policies a little later in the year. I think he also has a good idea of that other potential landmine, the US student loan market and therefore really doesn't see the need to stick his neck out further. Time will tell . . . but remember we'll get the arrears numbers for student loans in September and I'm convinced they will not be good.

Even if I have problems getting my own bets right 51% of the time, I felt good about Alejandro Valverde (Movistar) winning stage 3 of Vuelta given that I tipped him recently.

He got some help today from Joaquim Rodriguez (Katusha), who has also looked good this season. Why did Rodriquez seem to stop riding at the finish? Did he just lose sight of Valverde? Who knows? One other rider who seems to be getting back into form was last year's world number 1 Philippe Gilbert (BMC Racing). I don't think you can say that I'm sorry for Gilbert given the size of the contract he got to move to BMC, but for the sake of racing it would have been good to see him stretching the peloton as he did last year.

You know you're a complete cycling junkie when you start to consider buying a power meter for your bike. It's probably going to cost you 1200 - 2000 bucks depending on your setup and unless you're a serious racer will give you very little help other than enabling you to participate in post sportif conversations. Well because I am a junkie, but also currently looking for a job I'm considering the poor man's version, the 100 buck heart strap from Cycleops. Apparently this thing does a better job than the estimate made by my standard Garmin strap which only produces a power number at the end of the ride. The Cycleops unit is Ant+ compatible and should give an estimate on my Garmin 800 head unit as I ride. What I don't like is the elastic strap. Garmin has a similar type and you have to carefully hand wash it. My current HRM strap detaches from the sensor/battery unit and can just be thrown in the washing machine with everything else and then hung out to dry. For 100 bucks I might give it a go. Who knows I might sound more credible next time I'm at the local cafe with my bike discussing my latest hill climbing exploits.