Well as its Friday and the weather where I am looks to be good for the weekend. I don't have a bike yet, but the ship carrying my Pinarellos and BMC arrives tomorrow. So I figure a week for customs and I should be on the road in 7 - 10 days from now. In the meantime I had some good news about my Cannondale. I got a letter saying the bike would be with me in under 3 weeks. You know I'll take that. 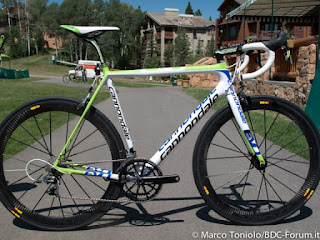 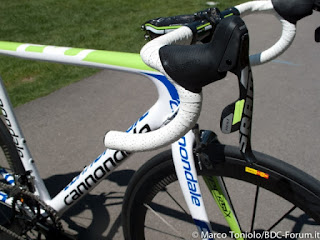 In order to get to the bottom of the problems with delivering the Cannondale I mailed Dorel Industries in Canada, the owners of Cannondale a couple of days ago and asked them whether they had supply chain problems with carbon fibre. I think it's an interesting question as more and more products are using this light weight super strong material to manufacture everything from baby strollers to aircraft fuselages. My original interest in the material is due to some research I worked on while working in Singapore covering some Japanese companies who were involved in the Boeing 787-Dreamliner  supply chain.

Back in 2006 Toray Industries was a very bull market stock and had just won a $6bn order to supply the production composite materials. The problems emerged quickly after that. First with the engines and then the fastners in the wing box. Finally there were problems with the production of the composites themselves. Everything ground to a halt and at one stage Boeing looked in trouble. The supply chain was just too complicated and materials and production were so state of the art that combined the project just couldn't cope within the time limits originally projected. Possibly the key lesson of Dreamliner remains that you only outsource non-core areas. Boeing is an aeronautical engineering company that outsourced engineering!!! Think about what Apple has done. They went from relying on first Motorola and then Intel for their processor chips, eventually though Jobs decided to bring that all in house. They famously hold the flash memory to ransom via a divide and conquer methodology. Boeing had none of this and when they tried to get it all back under control it was too late.

So, what does mean for Dorel Industries and their Cannondale division. I suspect, but have no evidence yet that Cannondale is not fully in control of its supply chain, especially at the top end where I just find it hard to believe that the ballistic quality high end carbon is produced in house.

So what happens when champion gold consumers stop buying gold? The FT reports that The World Gold Council said on Thursday that demand fell to 990 tonnes during 2Q12, that's the lowest since 1Q10 and down 7% from 2011. India and China are 50% of the gold consumption market. It says to me that wealth creation in those economies is slowing. No surprise there, but interesting as a back-up fact.