Is it just me or have things ground to a virtual halt? Everyone seems content to let things get stretched out. Take the Greeks . . . . no one else will. But seriously they want to let things slide for additional two years. They want the austerity cuts spread over four years and to make the annual decline in the budget deficit 1.5% of GDP rather than 2.5% under the present plan. I don't don't know why we're going through this kabuki dance as its almost impossible for the Greeks to achieve any of this. People are already immigrating and they aren't coming back any time soon.

Meanwhile the Spanish government in a move reminiscent of Singapore after Lehmans failed is asking the Euro-crats if it's OK for small holders of capital protected products issued by the Cajas to have the principal repaid by the state. Look it's not going to change things and even though it increases the depth of the moral hazard I'd say the government pushes this one to maintain peace and order on the streets.It helped Singaporean taxi drivers and it will help unemployed building workers in Spain.

At least I can see sense in what the Spanish are proposing. What I can't see sense iin is what India is floating. For those who missed it they President Singh set a target of sending a mission to Mars. Ok, so he also set a target of getting electricity to every household in India during the same Independence Day speech. I'm all for aspirational goals, but how 'bout walking before you run. I've always wondered about these middling nations striving to get the atomic bomb or building space programs. I honestly don't care if the Iranians want to be governed by silly old men in medieval costumes, but wouldn't everyone just be a little happier without these silly flights of fantasy. It makes me realise that things could be a whole lot worse than what they already are here on planet anglo-saxon (multicultural era). 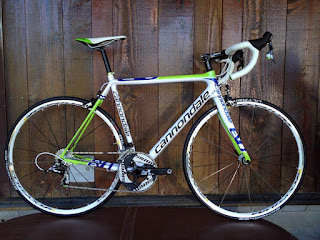 I sent a letter today to a division of Dorel Industries Canada (TSX symbols: DII.B, DII.A) to ask what they were going to do about the bike I ordered back in May. My LBS tells me he's had no further information from them since their Cannondale division offered to upgrade the order to the 2013 version due to the original delay. I have a lot of faith in the bike shop and very little in Cannondale at the moment. I had been wanting to ride in a few races during September, but my training schedule is no way behind where it should be. Perhaps I should ask for my money back, something I don't want to do as the bike shop has treated me well and I think they deserved to get something.

On the good news front my busted Easton EA90 SLX wheel finally caught up with me. I knew I could trust the good folks at Jean Brun Geneve to get it to me. It was perfectly packaged when I picked it up at the TNT depot. Merci beau coup Philippe!