Meanwhile on the deck of the Titanic someone calls for a very big cork . . .

Apologies for this late blog. I wanted to wait until the non-farm payrolls hit the tape, which of course is very late where I currently am. At 163,000 on the headline one had to be slightly optimistic about the US economy. Probably so optimistic that you probably should have sold the market on the basis that Bernanke may have to take his hand off the button for a few more months. Of course when you see that there were some unusual births and deaths revisions that pumped up the number a bit then the QE-addicts were left with no other conclusion but to buy the market. 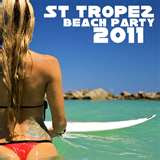 Meanwhile back in Europe it seems there were plenty of euro-crat leaks late in the day saying that the Spanish were going to have to ask for direct help, i.e. the government bail-out that Rajoy said they would never need. They'll do anything to avoid working during August. So all you need to know is that the plan relies on The European Stability Mechanism (ESM), the idea being they be given a banking license and the ability to borrow directly from the ECB. They then buy up PIIGS bonds. I seem to recall that this is not what the Germans wanted or agreed to when they agreed to the ESM  being setup. The question now for the Germans is do they believe Draghi when he says that all aid will come with tough conditions. Possibly they might, but it's not long ago that Greece managed to renegotiate and therefore if I were a German tax payer I might just be a little be Skeptical in dealing with Spain or Italy.

Italy now is the problem. The ECB knows that if Spain goes for aid, then Monti will go to in the hope that he an Rajoy can act like a pair of suicide bombers threatening to press the self-destruct button together if Draghi and the Germans don't back down on the austerity measures. It's an awful analogy, but I think it's very accurate at the moment.

At least we had some positive news Friday with the US Treasury’s selling their stake in AIG down from 61% to 55%. The government owns the shares at $28.73, so they made some more money and that is good thing for everyone involved. Mind you it should have been a basket of banking shares and not just AIG shares that the government was offering today if there had been a fair and proportional reaction to the liabilities encapsulated in this nationalization. 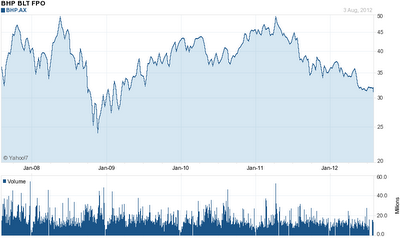 I have been considering BHP recently as the shareprice at around 30 aussie dollars seems to me to have priced in quite a bit of the potential fall in Iron Ore. Earlier this week the price of iron ore fell to a 2½ year low of $115 a tonne. But what I was not familiar with the problems in the shale oil space that BHP had encountered. BHP bought certain shale assets via the Fayetteville deal for $4.75bn 18 months ago, but with pressure on the gas price they have been forced to take a US$2.84bn impairment charge against the book value. This is now starting to look like another Magma Copper moment for the worlds biggest miner.

For those not involved in the Australian stock market in the 90's BHP bought US Copper miner and smelter Magma Copper in 1996 for 3.2bn. By 1999 earnings out of the assets had halved and were in terminal decline. The first write off in 1999 was for 2.3bn, but another 1.7bn was spent by 2003 exiting a messy situation. It cost a lot of good people their jobs and added together with the earlier failures in Vietnamese oil, Foster's Brewing (oh yes they owned a chunk of that at one stage) and the Pacific Resources refinery in Hawaii brought to power the current board under ex-Ford Motore CEO Jac Nasser. So it was no surprise to me when Nasser put the heat under current CEO Marius Kloppers potentially throwing the good Doctor under the bus. If they throw everything overboard I'd be very interested.

Cycling wise I managed to hit the road again on Sunday. I got out earlier than previous rides and felt much more at home on the run in and out of Watsons Bay. I have to return the Bianchi Oltre on Tuesday and that will leave me heading to the gym until my own bikes arrive. I noticed the other day that the 2013 Oltre "XR" is arriving soon. From what I've seen in the cycling press the most obvious 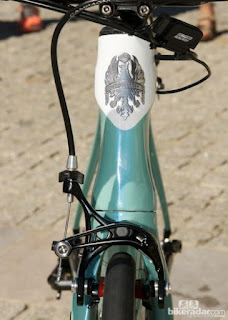 difference is this narrowed head tube. It's getting to be a bit of a trend in non-aero bikes. I know my Cannondale Evo was one of the original movers in this space. Weight wise the bike manages to get in under 900g now, which is a good move when you see others below 750g.

Time to relax and enjoy the rest of the weekend . . .