Missing the woods for the trees . . .

I just had lunch with an old friend and spent a pleasant couple of hours chewing the fat over the usual things. I told him that I wanted to say something about the Vodafone takeover of Cable & Wireless today in the blog. And so I will.


In a former life I had a minor advisory role to C&W shortly after they divested themselves of Hong Kong Telecom. At the time the divestment was seen as a great deal and given HKT's performance thereafter they probably did the right thing for the right price. But, and there's always a but to these things its what they did after they got the cash they mattered more. You see they sold out of a high cashflow business and entered the world of infrastructure build supported only by the legacy teleco fixed line businesses in the Caribbean. That didn't have to be the end of things, but in hindsight it was the beginning of the end as they never found a suitable investment for their billion dollar cash pile. The zenith of it's misadventures with investing came with the purchase of Digital Island and merger of it with Chapter 11 refugee Exodus Communications. The subsequent attempt to restructure being in my view a failure that eventually led to the destruction of huge amounts of cash. But enough of that.

What I noticed about C&W's corporate team was a complete inability to deal with the bigger picture. I spent huge amounts of time dissecting dates for this and dates for that and not enough seeing to the actual strategic goals of the business. Most days towards the end of the business I did with them I just wanted to scream. They seemed happy to let their cash pile get whittled away on the Digital Island while they  argued about buying back their own debt at a significant discount to face. In my view such a move would have created a virtuous circle of debt retirement leading to a better credit rating, leading to their ability to reissue debt when needed at a better financing rate. I'm sure some will disagree with me, but what can I say? I mean maybe it was me that couldn't see the wood for the trees . . .  all I know is that today we see the final chapter of what started in 2000 and it looks pretty much like one of those trees finally fell on C&W. Vale Cable and Wireless, it was fun while it lasted.

Mixed weather here again, so much so that I'm going to dust off the skis for one last run for the year. Mrs IBC is keener than me as I'd prefer to pound out some more miles on the Pinarello. Either way I'm starting to look forward to it. The Atomics sit there next to my bike and I gave them a wipe down yesterday when I was working on the Dogma. All seems ready to go. I hit the gym today and unless we get some sun will do the same tomorrow. I just know as soon as I pack the car with ski gear the sun will come out leaving me wishing I had the Dogma with me. Vale skiing. 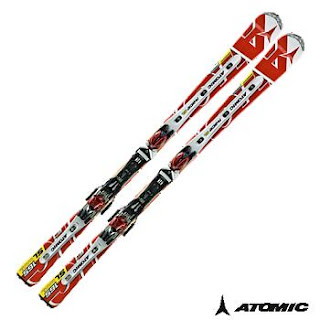