It's the first time in ages that I've woken up with a stiff back. I know it's not the bike riding. Sometimes you just don't sleep well, like when you're worried about something. The fact is I have this huge checklist in my mind that constantly bubbles up problems regarding my impending move back to Australia.

So, today what can we see? Two things. Firstly the downgrades at Japanese consumer electronic companies Sony and Sharp. I was less surprised about Sony as they have a new CEO who obviously wanted to get all the bad numbers out there, but Sharp surprised me as it came well after the close. Maybe I shouldn't have been surprised as Japan Inc. is just under so much pressure with the JPY where it is. Add in the high cost base and international competition and you know that these companies have little room to move. Maybe Apple should buy them both and put them out of their misery?

Secondly Facebook paying a billion bucks for a company that has 30 million users certainly raises an eyebrow or two. The math involved to get to this valuation really staggers me. It basically says Zuckerberg is playing poker with other players chips and he has so much money he's lost perspective on the value of his stack. It really confounds me that a CEO can pay a billion dollars for something that produces no real revenue and then tell us that he intends to run it as a completely stand-alone? Maybe this is just how silicon valley operates or maybe, just maybe Facebook realises that the barriers to entry to their business are so low that its better if they take out competitors fast and early. 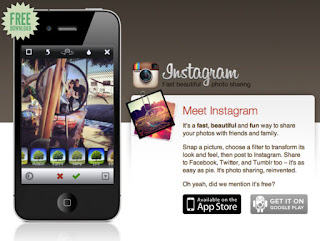 Either way I bet Instagram doesn't exist in 2 years. The winner here are the Google team who clearly forced the Instagram price up and then walked away. Now that's poker!

Speaking of playing your cards close to your chest did anyone/everyone spot the poker playing by the pro-teams at Paris Roubaix? I'm not talking about the actual race, but rather the equipment set up. Now going over all those cobbles obviously causes some problems for the boys of the peleton, so reading the tire setups was interesting to a nerd like me. Take the winner M. Boonen, his FMB tires held only 60psi at the start of the race. He's a big man and I am astounded that he survived the nearly six hour trip without a serious wheel malfunction. Check this from Velo News ....... 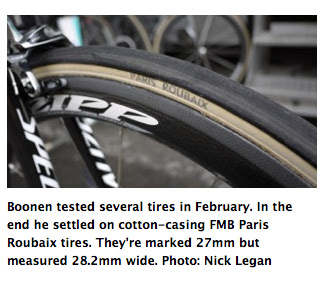