After the Aussie jobs data yesterday I tried not to spend too much time navel gazing about how the economy there has been able to avoid the problems facing many other G20 economies. But I'm back courtesy of the Chinese GDP data. The headline said 8.1 per cent, but the huge brain of Nouriel Roubini saw it differently:

I'm not going to get into 8.1 v. 6.9% fight, all I know is that at the higher rate it's still the lowest pace in nearly three years.

Which brings me back to Australia. A great indicator of the precarious nature of my homeland is summed up by what's happening in the mortgage market there. 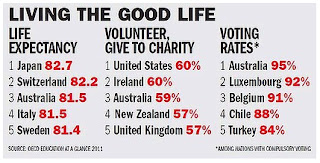 After the market closed in Sydney the ANZ bank announced it was actually lifting its variable mortgage rate by 6 basis points.

ANZ's Australian boss Phil Chronican: "The funding environment changed quite dramatically in late 2011 as a result of the economic and financial crisis in Europe. This has seen wholesale funding costs rise and competition increase dramatically among  banks for deposits ," Mr Chronican said.

The Aussie mortgage market it is way too big to be funded solely via onshore sources. They have huge offshore exposure and a fall in the AUD would exacerbate the big banks leverage to the markets. This is not good. What next? Well if the RBA do cut rates on May 1st I'm betting very little of that will get passed through to their mortgage customers.

The sun has tried to come out here a few times today, but as my back was acting up and I've had several meetings I avoided a workout. I'm praying for a clear sky tomorrow morning. I just have to belt out a long fast ride. I want to mention that the Tour de Romandie Starts on the 24th with a Time Trial and I'm going up to Lausanne to watch. Cadel Evans and Mark Cavendish are riding so it should be fun.