A quick trip back to the 70's in salute to inflation, French socialism and the end of substance . . .

I thought the best line of the week came from Nouriel Roubini's twitter feed:

"For how long can consumption grow at a 2.9% rate when real disposable income is growing only 0.4%? Not long as you can't keep cuttin savings"

The US GDP disappointed Friday registering only 0.5% growth for Quarter or 2.2% annualized against expectations of 2.5%. No doubt everyone will pile into the risk on trade in the face of more QE speculation. The world now is perverse that it's hard to take Bernanke and other central bankers seriously.

Speaking of taking things seriously, what about the Italians. Are they serious? Maybe . . . Recently I was driving back from Italy through the cycling heaven that is Val d'Aosta ... an upmarket bar in one of the ski resorts (La Thuile), had a turnover of €350,000 (£286,000) in the past five years but had never declared a penny to the taxman. The evasion was discovered after tax agents went through the bar's records and receipts. Since Christmas it is reported 2,100 cases of tax evasion have been identified. Wait until summer when the Guardia di Finanza start enquiring as to ownership of super yachts cruising the beautiful waters off the Italian coast.


Leaving Italy for the moment. It was 16 degrees when I left Val D'Isere on Saturday and the snow was melting nearly as fast as the euro-austerity pact. I saw more cyclists than skiers heading up the valley. A couple of nice looking Cannondale Supersix Evo's cruised past us out of Bourg-Saint-Maurice up the D902. I wish was doing the same because as usual the pace of eating in a ski resort takes its toll on your body like no other vacation.

While driving I was thinking about the state of interest rates and how to trade the market now. It's a strange thing, I can remember a mate of mine loading up on Japanese Government Bond (JGB) puts back in 2000-2. He was convinced that the Japanese economy was coming back and the BoJ was going to have to raise rates. He was kind of right as we got the end of the Zero Interest Rate Policy (ZIRP), but nothing else. Since then being short JGB's has been a huge loser. Just look at the performance of the JPY and you know that it was futile to try and escape deleveraging by governments printing cash until the presses caught on fire. Thus when I saw the the FT's report of Mr John Paulson's recent conference call with investors I had to have a quiet chuckle to myself.

Paulson has made more money in a week than I'll be worth in a lifetime. Good for him. The trouble is he's shifted from a mathematical model to a subjective model of the world and he's fallen for a huge trap in my humble view. His plan has a Soros type feel to it. . . short core Europe (Germany, the Netherlands, etc), build momentum in the market and break apart alliance. But aren't governments a bit too wise to this trick now? I admit it kind of has merit, but it's too exposed. I mean Europe plus the Swiss seem content on the Zombification of the fringe economies. The only thing that Brussels has to worry about is revolution and civil unrest. Most politicians seem happy to wait out the current generation's infatuation with the Occupy movement. Mr. Paulson has a timing problem. How long can you rely on investors sticking with you while your bet pays out? Maybe it doesn't matter as he's his own biggest investor? In the meantime trying to garner supplemental returns could be hazardous as the market remains deeply dysfunctional in terms of value and volumes being traded. 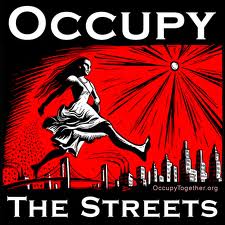 Other things that make me smile this weekend. . .