Everything looked so promising back in February when I first wrote about the coming M&A boom. The logic of insanely low interest rates along the whole spectrum of durations and types looked all so enticing. I wonder what Sandy Weil or Jack Welch would be doing right now if they were still running major US companies if they had this type of financing available in almost unlimited supply? Has the corporate world lost the swashbuckling boldness that characterised much of the late part of the 20th century? It would seem that with the percentage of corporate loans going to M&A falling from 60 per cent in 2006 to 25 per cent so far this year we have our answer. The corporate world seems happy to borrow money and pay out dividends on existing businesses, in effect gearing up to deliver cash, but not gearing up to increase returns. Is it me, or are we being told the RoE growth story is all too hard?


The US main regulator for loans and alike, the FDIC issued new "Interagency Guidance on Leveraged Lending" back on March 21st. "This guidance applies to all institutions that originate or participate in leveraged lending activities, including community banking organizations supervised by the Federal Reserve with total consolidated assets of $10 billion or less." 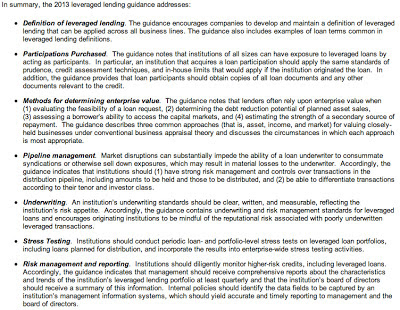 The fear at the time was that all the cheap cash might be misused. The Fed, or more specifically Ben Bernanke wanted the results of QE to be a general support for asset prices firstly by the Fed themselves via the purchase of various types of debt instruments including mortgage backed securities. Secondly the Fed expected US corporates to start buying assets as balance sheets cleared allowing appropriate transparency in the pricing of returns available. Clearly the second of these is not happening as the market has been unable or unwilling to do anything else but withdraw into their own core business competencies and where appropriate (or not) re-leverage that business. It maybe a little alarmist to start worrying too much just yet because clearly we are in the transition period between QE and normalcy and events such as the current rise of the US dollar allows corporate America to add to its' global portfolio in an appropriate fashion. The wise investor probably needs to understand that cheap money doesn't last forever.


At least Yahoo is attempting some M&A by buying Tumblr. It's being reported that the price will be $1.1bn and therefore should make 26 year old founder David Karp quite a wealthy man. The returns for recent investors are not so stellar. The FT is reporting that at the last round of fundraising the company was valued at $800m. That's not a bad return, but probably not what was hoped for. I'm not a user of Tumblr (or Instagram) so my impressions are not that valid. I guess Yahoo's CEO is just trying to build out her ecosystem. In "tech-land" valuations are rarely rational, in this case it's pretty widely known that Tumblr is yet to turn a profit, but no doubt Yahoo will suggest that Tumblr skews young and allows them to pick-up a chunk of the appropriately well-off demographic loved by advertisers. Melissa Mayer will be under a lot of pressure to make this work. I say good luck to her and her shareholders . . . they're not trying to re-invent the wheel, but they are trying to provide competition to Google.

The winter is starting to have an effect here in Sydney. Morning temperatures have dropped to below C10º and with that I've been getting lots of questions about cold weather kit. The one thing I've been asked most about is gloves.

I use three types of winter gloves. The first is a pair of Specialized mountain bike light weight gloves which are basically just fingerless gloves with fingers. They do the job for most of what Sydney throws at you, besides the gel padding is about perfect and you can use a touch screen phone or GPS device without taking them off. 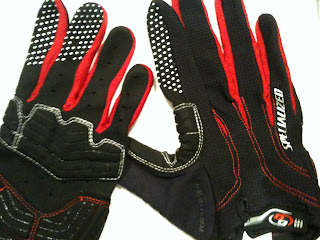 Garmeau's Sotchi gloves are another step up and unless you are going to ride in the Alps these with maybe some thin inners are all you'll need. You'll have to take them of to use an iPhone, but you get good wrist coverage giving them more of a gauntlet feel. I've had to do a little mending on these as I found the seams around that most used index and middle fingers tended to burst after the first couple of hundred kilometres. I've had the same thing happen on $150 ski gloves, so the fact these cost me about CHF40 didn't really upset me too much. 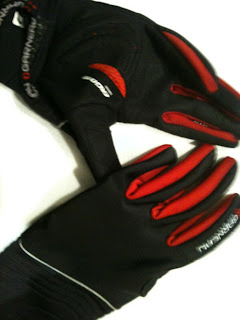 I picked up the below neoprene gloves from a local sports department store in Geneva. The brand is "Base", which I know nothing about. What I do know though is that these puppies are for sub zero riding. You pair them with silk/nylon inners from someone like Odlo and I guarantee that your fingers will survive even the coldest rides. The drawback is that the fingers do not have a very good non-slip surface, so be warned that if you're riding a groupset with slick carbon brake leavers you're going to want to hope the rain or snow stays away. 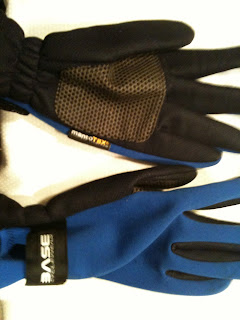 All these gloves are machine washable, though I advise not putting them in a tumble dryer. I'll put up some more winter clothing reviews tomorrow.