I don't follow Spanish domestic politics, but after last weeks moves in the bond markets I thought I needed to take a look at the Andalusian elections. The Socialists won and l wondered why it mattered? Well the Spanish have devolved a lot of power to the regions. This was obviously in response of the domestic terrorism of some separatists groups starting in the 70's. Politically this was probably sensible, but fiscally it is coming back to haunt them. Bloomberg pointed out this morning that 36 percent of public spending comes from the regions.Thus the central government is trying to fight the deficit and in turn meet its EU mandated targets with one hand tied behind its back. Europe is worried, even the dodgy Italians are putting the boot in. Get ready for more general strikes as the left becomes emboldened. 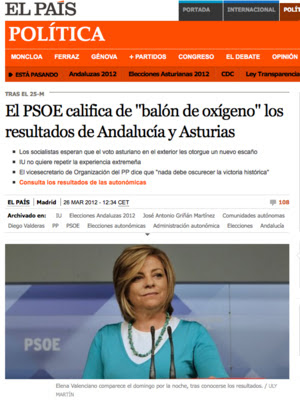 China Construction Bank reported today. Previously I said I was going to track the Chinese bank results as CAB reported last week and saw a sharp rise in impairment charges. Construction Bank’s non-performing loans rose 6.3 billion yuan in the fourth quarter, but thats only just over 1% of the portfolio. So whats the problem?The problem is that a huge chunk of that loan book rests with regional governments who have been under pressure to reign in their prolific credit growth. Obviously banks cannot write down any debt with these authorities as it implicitly would be a challenge to the central government .... Yet. Stay tuned for more.

I dropped off the broken pedal from the Pinarello this morning. The gents at Jean Brun are sending it off to the distributor at Look for repair, but reckon it will be back by Thursday. If not it's going to cost me bucks to get a new set for the grand fondo. After that it was a fairly straight forward session at the gym today. I kept the lower body work to a minimum in an effort to stay fresh for Italy.

And perhaps one final thing. I had to laugh today when the below ad banner appeared on my blog. I have no idea who is behind Brazilian Eucalyptus plantations, but I have seen these forestry schemes everywhere and I'd respectively suggest they are always linked with some unsustainable tax incentive that inevitably gets axed. I'm not suggesting there's anything inherently wring with the scheme, just that governments always over reach on these schemes and as a result it always ends in tears . . . . just ask the Spanish about what happened to there solar energy subsidies. 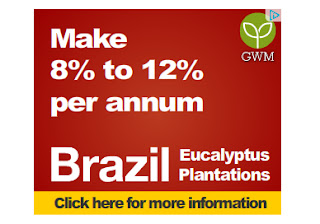