And you thought you had options!

I like to check various news sources when I stop for a coffee at the end of my morning ride. 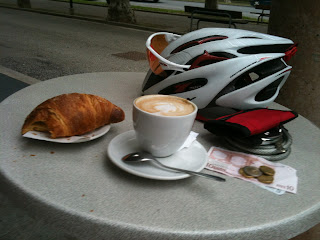 I had a bit of chuckle when twitter presented me with a stream of commentary about Carl Ichan's position in Netflix. It looks like Ichan decided to be very comprehensive when he filed his 13D on October 24, so via some 36 buck calls he's claiming he owns 10% of the company. Now some commentators have dismissed this as trickery and to a degree they're right, but lets think about it a little more closely.

Ichan started accumulating the shares on 4 September when the stock was trading at approximately 54.75. He only bought about 550,000 common shares. After this he switched his strategy to buy call options (american style) in order to get the right to purchase the 10% that everyone is talking about. Now the strike of these options is 36.05 meaning that they were deep in the money and in my view quite rightly to be assumed as having a significant predatory effect on the stock. But let's think about how the position works:

Financing: Ichan gets a financing deal via whoever sold him the options as he gets the leverage to pull the trigger on the acquisition of the shares without having to finance them on day one. The leverage here is not huge by the standards of what we've seen in recent history, but it all helps.

Protection: Consider this . . . Ichan now has the ability to walk away from the company in the event of it suffering another earnings blow-up. It would be painful, but his 36.05 call might look more like a 36.05 put in a bankruptcy scenario.

Calls are puts - right: Thats right, Ichan could in fact at any time sell short shares against his long holding if he felt that the 36.05 strike was more important as a put that a call. In fact Ichan could if he desired sell 36.05 puts and lock in a more advantageous level of financing via the conversion strategy, i.e. long call, short put, short stock.

I think he has a fairly flexible position. No doubt he's enjoyed squeezing the shorts with the announcement that he owns 10% of the company . . . that in itself is perfectly acceptable to regulators in the current environment as we know they hate short sellers. Also the very fact the strike is so deep gives him a skin in the game argument that saves him from market manipulation charges.

Carl Ichan is not a person I'd want to mess with. Netflix is a company unlikely to prove cynics wrong. It will be fun watching this . . . not as much fun as watching Porsche v. VW, but fun enough.

I gave the derailleur hanger a good work out today. Not a spot of trouble during the ride. Everything felt good and I was extra careful with my bike. I did notice a little damage to my saddle that I had overlooked yesterday, so I ordered a new one as a back-up. I got a good deal via a local shop wh had one for sale at 40% off! Not bad and cheaper than anything I saw on ebay etc.

It's interesting on these team themed bikes, riders often like to replace some of the components to suit themselves and a lot of what I've seen on ebay specific to my Cannondale is people replacing the carbon stem and handlebars for something more solid in aluminum. Until I got the Evo I hadn't thought about it as the carbon Pinarello Most Talon bars on my Dogma always seemed pretty stiff. 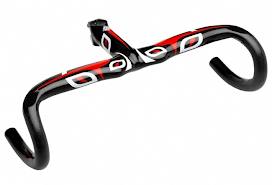 The KSA K-Force Nano bars definately have more flex than the ones on the Pinarello. I'm coming around to the fact that the larger you are the more wise it is to swap over to metal and be damned with weight savings. Check out this setup on Cadel Evans' BMC Team Machine SLR01:

That handlebar set is no longer available and even though it's carbon it's said to be one of the stiffest around. Given that Evans probably weighs closer to 60 than 70kgs he probably doesn't have to worry about the flex like I would. The stem though says he doesn't want any slippage on those long descents in the alps. I guess after my recent problems with carbon stems that neither do I . . . .