In Italy Gran Fondos are big business, regions tend to group events together in a sort of mini season with points awarded for each event. Lots of wannabe pro's attend in the hope that a pro team will pick them up. I raced this year in the Coppa Piedmonte and was lucky enough to even ride on one occasion with the woman's points leader near my favourite bike shop in Italy. Why do I mention this? Well right about now I'm being bombarded with emails on various events and I liked the idea of the Tour dell’Umbria.

Anyhow, there are four stages, so you get to base yourself in one location. The first stage starts on Thursday, August 8 in Montone, which is a member of "the most beautiful villages in Italy", a classic medieval town, perfectly preserved. The second stage is divided into two sections (morning and afternoon individual time trial race circuit), near Umbertide. Stage 3 will be in Marsciano, the typical Umbrian landscape: green fields and rolling hills dotted with small villages. The final stage will be held on Sunday at Ponte Felcino, a small village near beautiful Perugia. They haven't up-loaded the maps etc. yet, but I bet it would be worth booking now.


If you decide to go to Italy for any races this summer I suggest you sign up for a timing "chip" with Sports Data Management. 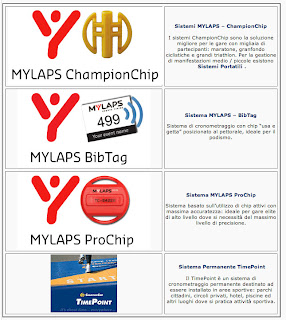 Most events in Italy require you to have an SDMA chip and they come in a number of categories. I had the yellow one, which basically means you're racing for the season and they tally up your points etc. I believe the red one is more for the casual rider. Either way you can enter a lot of events via the SDAM website and you'll often get a discount. It's worth doing early as they can take a long time to process things. You have been warned.

Quote of the day from the FT: “I will f***ing do one humongous deal with you . . . I’ll pay you, you know, 50,000 dollars, 100,000 dollars . . . whatever you want.” This comes from a UBS trader involved in the Libor scandal. This was in an email. The first thing that I learnt from going to compliance classes was that the FSA (UK) requires that banks they regulate keep seven years of emails etc. You can delete what ever you want but it will still be on a server somewhere. A lawyer at UBS once said to me, "Just assume that what ever you put on an email is being read by a regulator, your boss and your family." That was wise advice.

Leaving aside the race to trap as many traders and bankers in the Libor saga the Greek finance minister is finally adopting that age old practice of CEO's everywhere: under promise and over deliver. Why else would Yannis Stournaras call next year a make or brake year for the Greeks in relation to their position in the Euro. I'll give him this much, if he wants to hit targets he needs to have the politicians and the people terrified of the consequences of an exit from the Euro. If he doesn't win that race then the Greeks will return to their old ways and default.

Another finance minister that has been running a race is Australia's own Wayne Swan. The Australian Treasurer and his cabinet colleagues decided a while ago to go with it all on red (politically) and they bet their reputations on returning the budget to a surplus this year. Now as we approach Xmas they've decided to come clean and say that's unlikely. The media has continually swallowed the line, but the revenue gap that opened up in the November figures looks to be just too big to bridge. I would suggest that today's statement is close to a suicide note that had to be written. The government spent too much too fast and when China slowed the resources boom started to fade so to went revenues. I now expect the Reserve Bank of Australia to cut rates again soon. The Australian Dollar will probably settled back at parity by March.