Things That Make You Go Hmmmm....

1. China cuts rates to 6.31% in first reduction since 2008
2. Bernanke says Fed ready to act on Europe
3. The Swiss National Bank foreign exchange reserves rose to SFr304bn in May – a record high – up from SFr238bn the previous month - mostly defending the Euro cross rate
4. European officials are weighing up a bailout programme for Spain
5.Australian employment surged by 38,900 in May to beat all expectations

So there's the things that make me go Hmmm ....

So China cutting rates is good news because it helps locals buy more condos? Is that why they cut rates, or is it because the central committee can see the brick wall the economy is about to hit. I wrote about the record coal inventories at Chinese ports yesterday as evidence that things are getting worse fast.

Bernanke saying they can do QE3 is no surprise, weak employment will be his trigger, though really its all about mortgage relief.

The SNB trying to debase the CHF is troubling for the Swiss nation and the vast amount of international wealth that the Swiss act as guardians for. If they don't turn of the taps quickly enough the few thousand jobs that a weaker franc protects at Nestle etc. won't balance the enormous job losses in the financial industry.

As for the European's weighing up a Spanish bailout, I'd argue that all that does will then put tIaly and France in the gun sites. 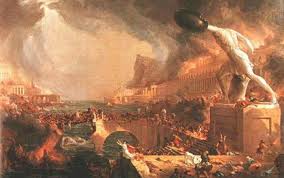 Finally if the Australian jobs situation so good why is the RBA cutting rates?

So this is a short squeeze and the beauty of being a independent trader is that I can sit back without listening to the flow guys and trade the facts and the facts are that the world is not in a good place.

In the Time Trial at the Criterium du Dauphine 2012 aka Stage 4 .... I thought Wiggins rode beautifully and deserved his lead. There was a strong cross wind which hit the riders around the 40k mark. How do they stay on their bikes when they get such winds and they're riding with the big solid disk out back?

I saw Tony Martin's bike get shoved a meter sideways as he topped one rise. Aussie hero Cadel Evans lost a 1'43" and that's going to be tough to make up in the remaining stages. 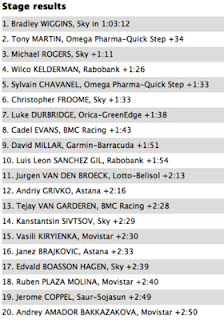 Well if it's fine I'm going to try and catch some of tomorrow's action live. I changed the wheels on the Pinarello back to the Boras as I reckon I have some hills to climb and about 55k's to the point at which I can see the action. It could be a long day in the saddle.