Revenue growth slowed at my dentist this morning. I considered it somewhat of a bargain to have an old amalgam filling replaced for a mere AUD 198 bucks. The market of course has had the same shock via some of the results we've seen coming out at the moment.

I trust CAT more than any other company in the world. It's not a cheap stock and while I believe Doug Oberhelman is a straight shooter I don't believe he has any more insight into the world right now than any other person. Caterpillar cut its full-year forecast to $9 to $9.25 a share, compared to previous estimates of $9.40 a share after reporting revenue of $16.45 billion (v. $15.72 billion during the same period last year) and earnings of $2.54 per share (up from $1.71 a share last year). Oberhelman told CNBC's Squawk Box:

"I don’t predict a recession anywhere in the world at all in 2013, but Europe is the one where there are so many political unknowns it's hard to see how that’s going to end up,  . . . We sure see China past the bottom. I’m optimistic about China in 2013."

I thought he said that about China earlier in the year, maybe I have that wrong? If you ask me I think there's too many balls being juggled right now to be so definitive. If you believe China has bottomed then invest in China do not invest in CAT because you're paying a very large premium over emerging market equivalents for that big yellow earth mover.

The late day rally on Wall St was clearly influenced by the tech sector. The fact that Yahoo beat the bearish forecasts of 25 cps by printing 35cps. I'm not a tech guru, but when I get a chance I want to do the numbers on the margins in order to compare it to the Google results. With the money that the new CEO is splashing around I can't see much reason to believe it gets too much better in the near term. One thing I think she has right is the emphasis on mobile. Why? Think about it yourself . . . when did you last buy a computer (even a laptop), compared to say a smart phone or tablet. More and more e-commerce is being conducted by mobile and as we ramp into 4G you'd be better placed investing in mobile than fixed.

I won't drone on about Morgan Stanley's result's today that seem strangely to encompass an increase in costs via the compensation pool after the CEO said only a month ago that things had to change. Instead lets consider the state of the world from the view point of the low interest rate enviroment. I liked the piece in the FT today that quoted Julian Adams, the Financial Services Authority executive in charge of supervising the insurance sector as saying that "the low interest rate environment threatens to undermine the value proposition of insurers”. Why is that important, well a lot of folks out there don't understand the way insurance companies work. Clearly they tend to gravitate to fixed income investing of your insurance premium. Of course when rates are this low they really have to venture into riskier assets and that implies an increase in offsetting premiums. So once again the cost of money may seem cheap at the headline, but actually is rising because of associated costs. It's a strange world.

Who do you think is in more trouble, Lance Armstrong or Pat McQuaid the President of the UCI? I think it's closer than people think because the UCI tested Armstrong 218 times and failed to record a positive leaving open to question about every TdF etc. ever staged. More importantly McQuaid doesn't have a plan; there's no truth and reconciliation committee being established, no discussion on how to ensure the coming season is clean. I mean I use to ride along Lake Leman in Switzerland past the various international sporting organisation HQ's: UEFA, FIFA, IOC and of course the UCI and I always wondered what suits who I saw lunching by the lake actually did to justify their huge slary packages? 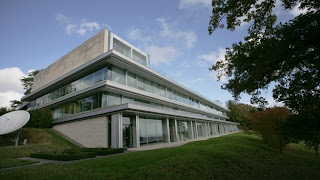 I especially used to like UEFA's HQ in Nyon with it's beautiful low slung bauhaus style main building neatly separated from the admin centre across the road. I bet McQuaid will get out on that road between Lausanne and Geneva and try and pedal his problems away . . . I also bet it won't work.