The S&P500 is up 5% over the last month and that pretty much overlaps the current reporting period. So far (up until last Friday) 262 of the S&P 500 companies had reported. Of these 65% have beaten expectation and according to Zacks.com the median "beat" was 2.5%. Readers of this blog will know that of late I've been as interested in the top line as the bottom and Q2 has seen about 52% of companies beat expectations on the top line median of 0.2%. The problem is that it's the finance space that has been outperforming the most and given the ultra low rates it shouldn't be surprising. Borrowing for next to nothing from central banks and lending it out at a good margin is not exactly a hard business. Nearly two thirds of the total market cap of the finance sector companies have reported and results are up +31.8% on +9.6% higher revenues, with beat ratios of 76.1% for earnings and 65.2% for revenues. The problem is that with the fed at least discussing tapering we have to start to look ahead to what this will do to the core S&P and the broader global indicies for investors.

The housing market remains the key both for tapering pundits and for more general economic concerns. The next S&P/Case Shiller Home Price Index release will be  on Tuesday, July 30th and the Fed will be meeting next week to discuss the implications of this and the rest of the months data. I'd be a little surprised if they actually start tapering in September and would look toward October for an actual move. Having said that any change in language will be enough for markets to give up recent gains. Bernanke hates volatility and could always add further smoothing via some very gradual targets in his statements.

The Europeans (ex-UK) are a fair way behind the US in terms of property recovery. London prime residential is an exception and in fact has outperformed NYC in terms of price performance. Private equity investment in offices, hotels and shops in Europe hit €3.2bn during the six months to July, 56% up on 2012, according to research from Jones Lang LaSalle, a property consultancy. It was the usual players who led the way Blackstone, TPG and KKR. The UK accounted for almost two-thirds of of these deals during those six months, helped by a string of loan sales by state-backed bank Lloyds and a series of high-profile asset trades including the Commerzbank portfolio that I've written about previously. If the UK continues at this pace investors would continue to look at "hard" UK assets to outperform the rest of the continent for some time.

If you prefer to get back into European hard assets watch for the first sale by the Spanish "bad bank" Sareb of one of it's assets. The "bank" has established a shortlist of investors for a portfolio composed of between 700-1,000 mostly costal residential property in the regions of Andalucia and Valencia. Sareb itself has €90bn of real estate assets to divest and is targeting a total of 6 transactions all before year's end. This is yet another golden opportunity for investors to get some price clarity on distressed properties in the mediterranean. Unlike northern Europe we've been bereft of a discovery process in the southern region. Importantly the Spanish will be providing a tax kicker known in by its' Spanish initials as a FAB. The structure will only be taxed at 1% and is likely to involve Sareb retaining a stake in the vehicle to get some benefit of any resulting upside. Therefore make sure to adjust your spreadsheets to allow for the tax differential when solving for cap rates.

The weather here in Sydney has settled down to a benign spring type condition. Morning remain cool but most days get into the upper teens (celsius) allowing for comfortable cycling. I managed to get out on the north side over the weekend for a gentlemen's cafe ride that allowed me to see the city from a different angle. I particularly enjoyed getting up to Northhead for a spectacular view of the city in early morning light. 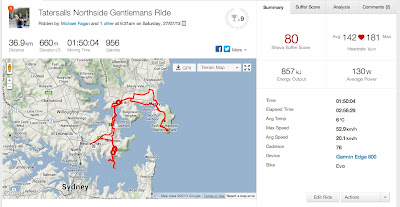 I've been testing my new Moon Sport X500 headlight and have come to the conclusion that for safe riding it's hard to beat. 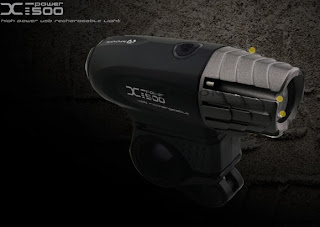 The 5 modes include my favoured battery saving "flashing" are verging the blinding end of the visibility scale. If a car driver can't see you coming then he or she probably shouldn't be on the road. My one quibble is with the mount which comes with a quick release lever. It's very bulky and awkward to fit on standard road bike bars. I also don't like the fact that there isn't a flexible mounting option for my ergonomic Most-Pinarello Talon carbon bars as this shape (see also Cinelli and FSA) is becoming more popular with high-end riders.

In terms of winter riding kit I've been using the Rapha winter tights and a couple of their long sleeve jersey. Best of all I'm really liking their Classic Wind Jacket in orange which I picked up after scoring a rare Rapha discount coupon (-15%). 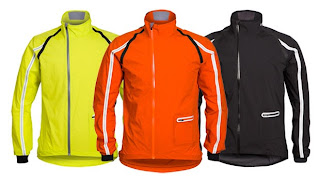 It's a great piece of kit, easy to see and shaped perfectly. There's a single small (shall we call it) "change pocket" in the front, but if you're like me you rarely go fishing for bits and pieces in my utility pockets when riding in the city (say less than 60k's) and isn't a problem.