My own cycling filibuster . . .

I waited until the US found away to get around the debt ceiling before updating this blog. My intention originally was to lead with a summary of my weekend in the Hunter Valley and the associated pain of spending 111km in the saddle on a 37ºC day that also managed to summon up a near gale force hot continental northerly wind, but the US government problems are perhaps more important.

It's very hard for we people of parliamentary style democracies to get our heads around the foibles of the republican systems with their separation of legislature from the executive. I know it's not hard to understand, but the press in the old Commonwealth world spends about as much time discussing the government structure as it does explaining the reasons for the shutdown; it's boring and tedious. All you have to know is that each branch of government serves as a check or balance to the others and in reality although the President seems to be all powerful he really isn't. 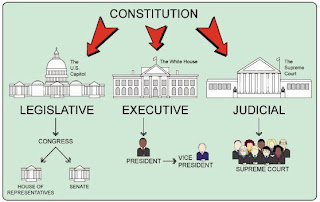 The deal struck last night will kick the can down the road by reopening the government until January 15 and will raise the debt ceiling until February 7. Those dates will not come into play if negotiations to reduce the budget deficit are completed by December 13. Everyone is claiming victory, though from afar everyone looks to have a touch of Pyrrhus around them.

So where to from here. Investors can expect a rally in the treasury markets and a delay in tapering. The Fed will not risk cutting the liquidity lifeline until a budget deal looks certain. This blog suggests watching the VIX index closely in the coming weeks and reserving funds for a portfolio protection play. The trouble with most investors is that right now they are sitting in bonds or cash to a great degree. Buying puts specifically on T-bonds might not work if the Fed supports the market. The VIX though might be broadly more effective depending on individual mix. 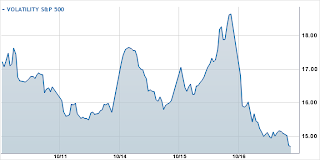 The VIX was down 21% yesterday and has now retraced to just above the 200day moving average. This blog is not about technical trading, but clearly if we believe that the events of the last 3 weeks are repeated in December and over the illiquid Christmas period, it will clearly be advantageous to revisit a long VIX strategy in late November.

The Hunter Valley lies about 3 hours northwest of Sydney and is known for vineyards, horse studs and coal mines. It's a strange combination of industry and agriculture. The towns of the lower Hunter once rusted, but lately a combination of high coal prices and strong demand for it's wines and the associated tourism have led to a mini-renaissance amongst these old towns. On Sunday I set out to ride the first "Wiggle" Hunter Classic over 122.5kms starting and for some finishing in Cessnock. I say for some because I was one of those who found the going too tough and dropped out at the 111km mark due to the high winds and temperatures. 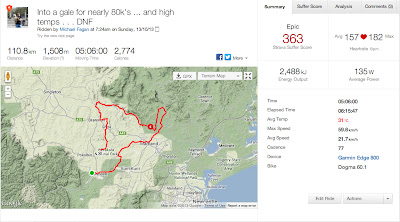 As you can appreciate I was extremely frustrated to get so close to finishing. Temperatures during the ride topped out at 39ºC. There was a continental wind blowing from the north, meaning the peloton spent nearly 70km's riding into or across the weather front. I saw the first drop-out at the 56km mark and many riders were already short of water well before the 80km 2nd feeding zone. Organisers were smart enough to drive up and down the roads handing out bottled water and various high sugar snacks in the hope of preserving the field for as long as possible. As readers can see I spent over 5hours in the saddle and over 6 hours on the course in total. Normally I would have hoped to finish the ride in under 4hrs 30mins, but conditions were not so kind. Thankfully my support crew (Mrs IB Cyclist) scrapped me off the road and delivered me back to a cool air-conditioned hotel room.

In summary I thought the event was well organised and unlucky to have to endure the combination of wind and heat. Perhaps September might be a better time for this type of event as the propensity in the Hunter is always towards long hot days. I hope to be back next year and finish those last 11 km's.

A reader asked about the status of my replacement Cannondale. The new frame as I write this blog is now in Australia. Cheeky Monkey (Centennial Park Sydney) have stripped the damaged bike and have ordered any parts that I need to complete the build. The only things I'm now missing are the FSA K-Force handlebars and a saddle. I got the handlebars on eBay 2nd hand for AUD 137 from a reliable US dealer. Courier tracking tells me they have also arrived in Australia. I saved 200 bucks on the new shop price for those bars and really once I add the new tape they'll look as good as new. I got the saddle from the same place I got my frame, Bike24 in Germany. I think it matches things quite well: 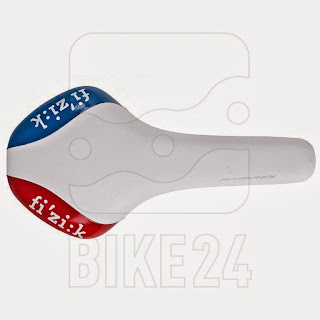 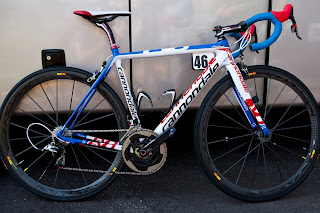