Five things I've been looking at since the last blog

I've been doing some work on some new hedge funds in the last two weeks. I usually like to concentrate on volatility or "quant" style funds because these seem to be the most under-represented here in Australia. Having said that I was contacted last week by a Japanese long/short fund based in Singapore. Normally I wouldn't have spent much time on them, but a couple of things caught my eye: 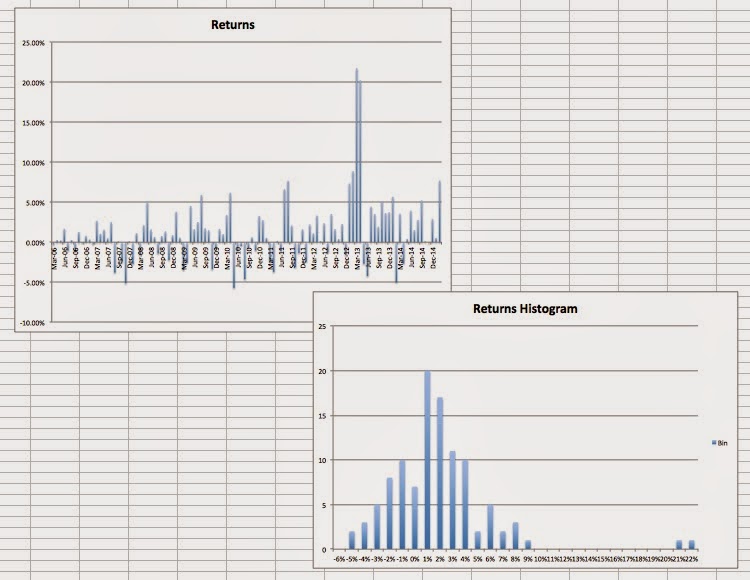 Elsewhere I'm still trying to help a volatility fund and a start-up fund of ethical investments.

2. Start-ups and Investing in Businesses

Last week I met up with what I'm calling a modified incubator. Essentially they take large equity stakes in businesses or ideas very early in the process. Their main hook is the management wrapper. I'm not sure what to make of it though I'll give them A+ for openness. They invited me to spend some time working out of their office so I could get a feel for the place.

This week I have a BBY Disruptive Lunch and a slightly off-piste function looking at the sporting goods space.

The battle continues to stay fit. When you're not a 65kg jockey sized cycling god, you're going to be putting a lot of stress on your equipment. Lots of high-end stuff comes with a rider plus bike weight limit. I heard of a chap much larger than me who suffered a carbon wheel brake failure and got busted up quite badly last week. If you and your bike weigh more than 110kgs, you need to check your equipment limits.

My equipment is starting to see signs of needing replacement. I've rebuilt the front wheel of my Fulcrum Racing Zero wheels due to the brake track getting worn down. The original rebuild didn't last long, and I swapped wheel builders to get a different result. 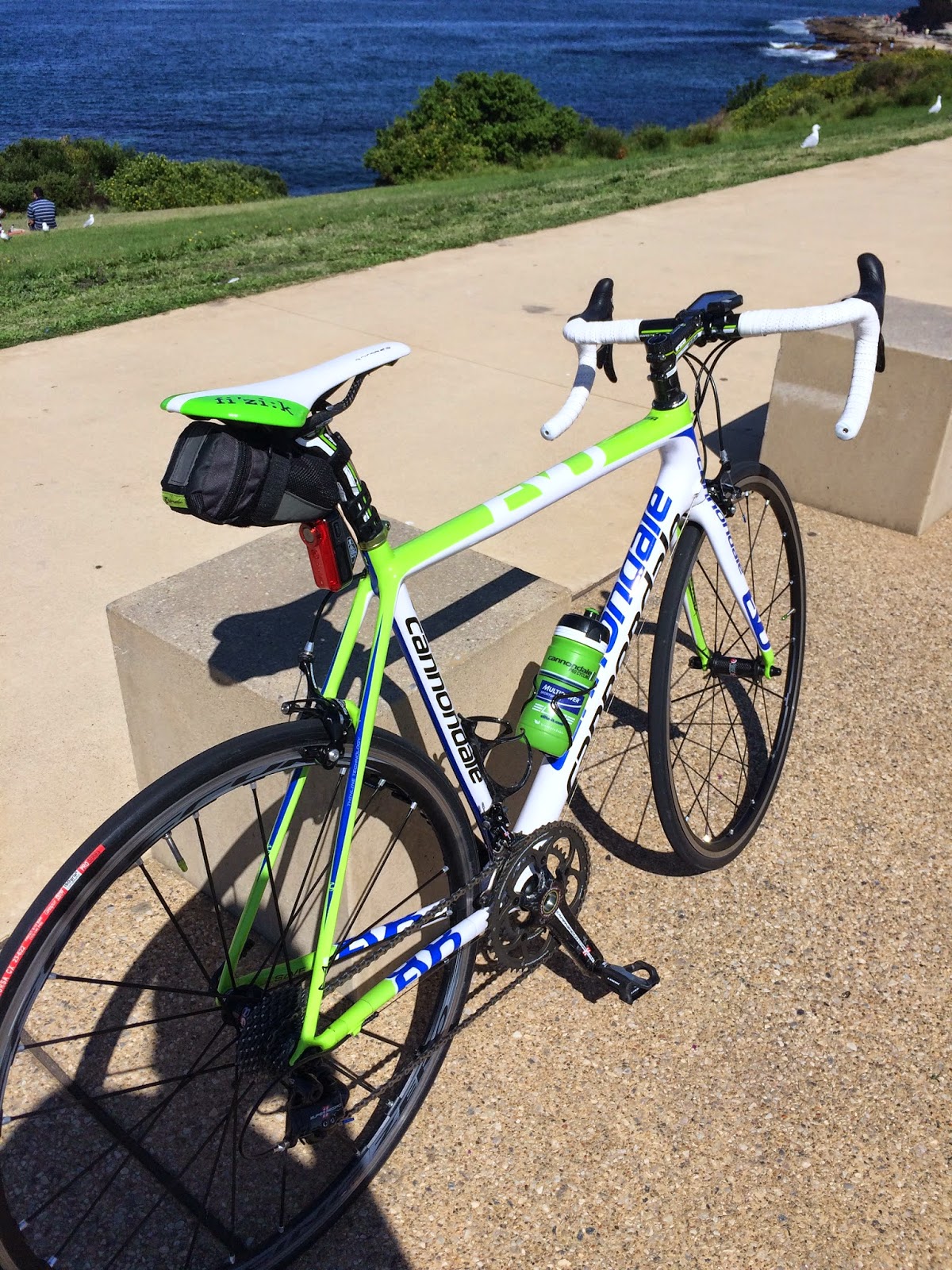 My Mavic Cosmic Carbone SLR's have also seen better days. Followers of the blog know I rebuilt the freehub because of the wear I'd exerted on the main wheel hub over the last three years. The "exalith" brake track is also wearing down and rather than flirt with death I'll be replacing the wheels in the coming weeks with the new Mavic Cosmic Carbone 40's. 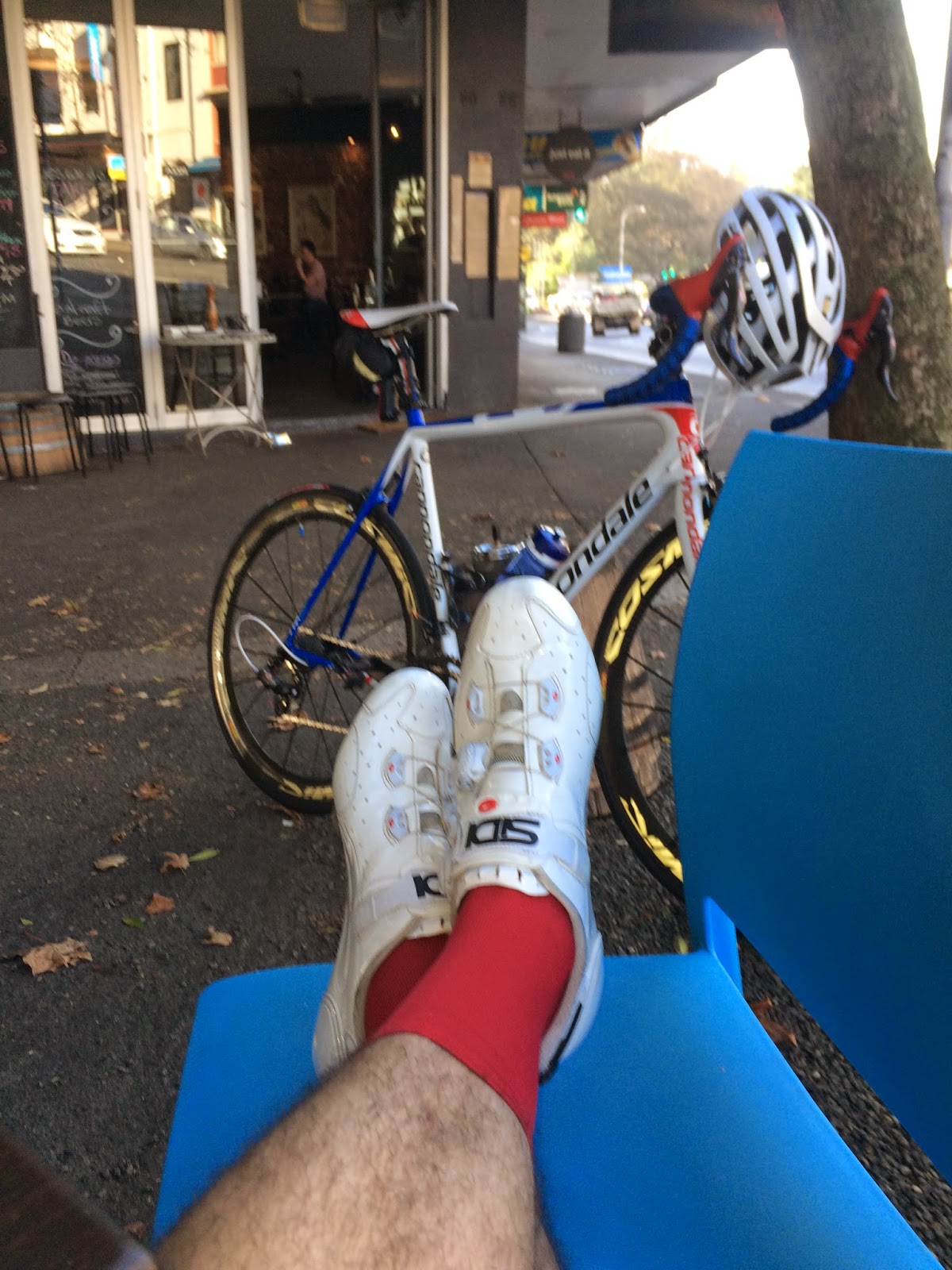 If all that wasn't bad enough I suffered my first flat on by Campagnolo Bora tubulars since leaving Switzerland. I rode these quite a bit over the summer when I was rebuilding my green Cannondale and was riding the Pinarello Dogma 60.1. 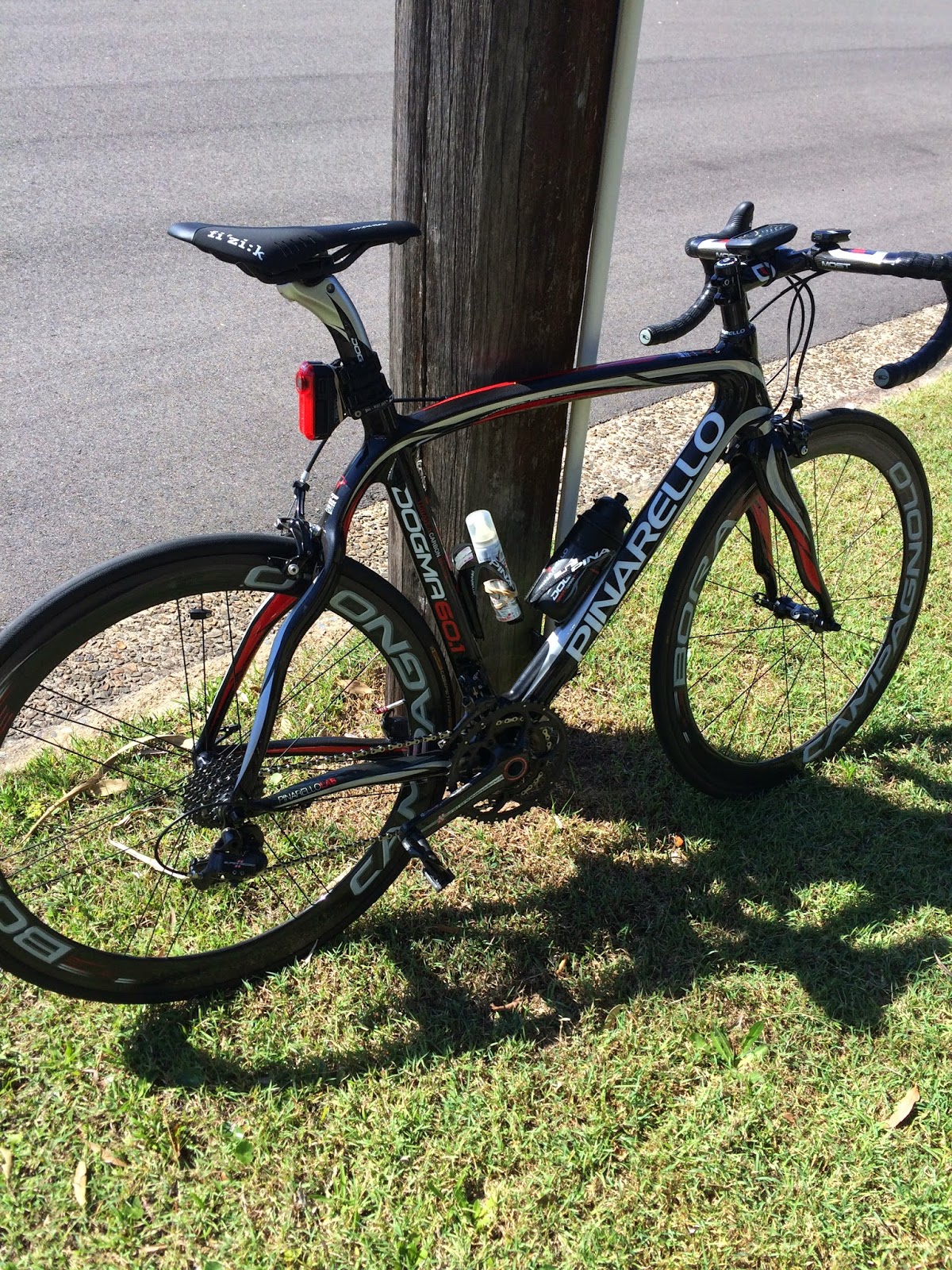 I knew they were going, and usually I'm good at having new tyres glued on before incurring the wrath of the cycling gods. All I can say is that Vittoria Pitstop "latex goop" and a CO2 cartridge got me home without the indignity of having to ask for a lift.

People close to me know that for many years I was a rugby tragic. I lost touch with the sport after returning from the UK and moved to Singapore in 2006. Somehow watching rugby in a tropical environment didn't feel right. Also, a health scare got me into the gym and for many years I avoided any events that required sitting, eating and drinking alcohol for hours at a time. Just lately, I've gone to a couple of Super XV games here in Sydney thanks to some tickets from a friend. 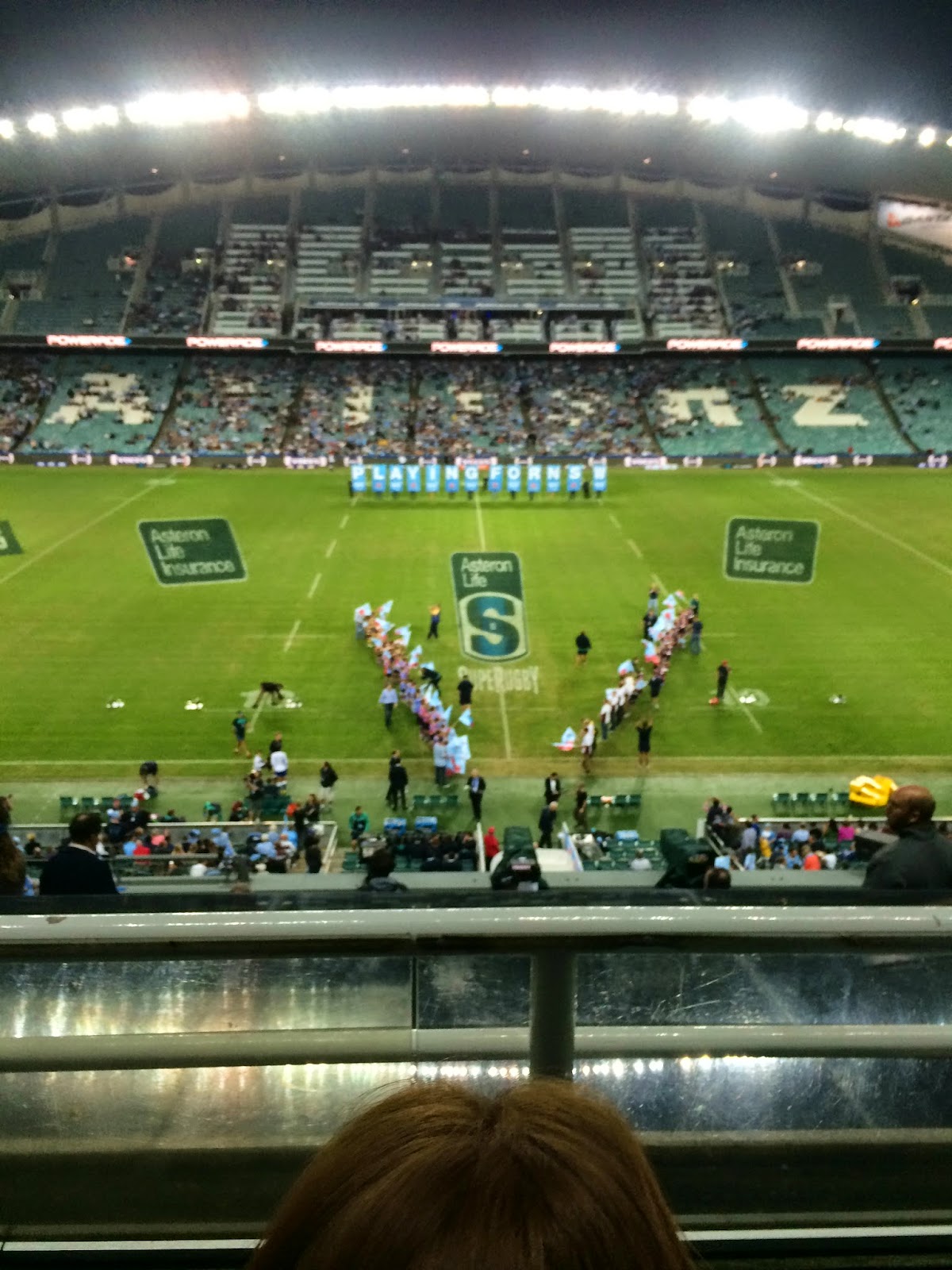 I have this feeling that the game has lost its way though I'm not sure if that's because the local team seem somewhat unlovable, or whether the atmosphere their half full stadium is somewhat lifeless. I used to hate being an Aussie at Twickenham, but the crowd at least had some spirit in them.

Readers know that I've lately been advising a higher weight in Southern European investments. My thesis has been simple. Low growth and budget balancing would see interest rates lower for longer in the region. As the over-hand of real estate looks to sort itself out, I'd expect better returns in the region. The more I look at things, the more it reminds me of Japan post the real estate crash in the early 90's. It took forever for the banks to work themselves out of their property portfolios, and Europe is following a similar trajectory. Investors should never underestimate the value of Chapter 11 bankruptcy in the US. The ability to go through a cleansing process in an orderly fashion is good for investors and debtors. Take for example GE. 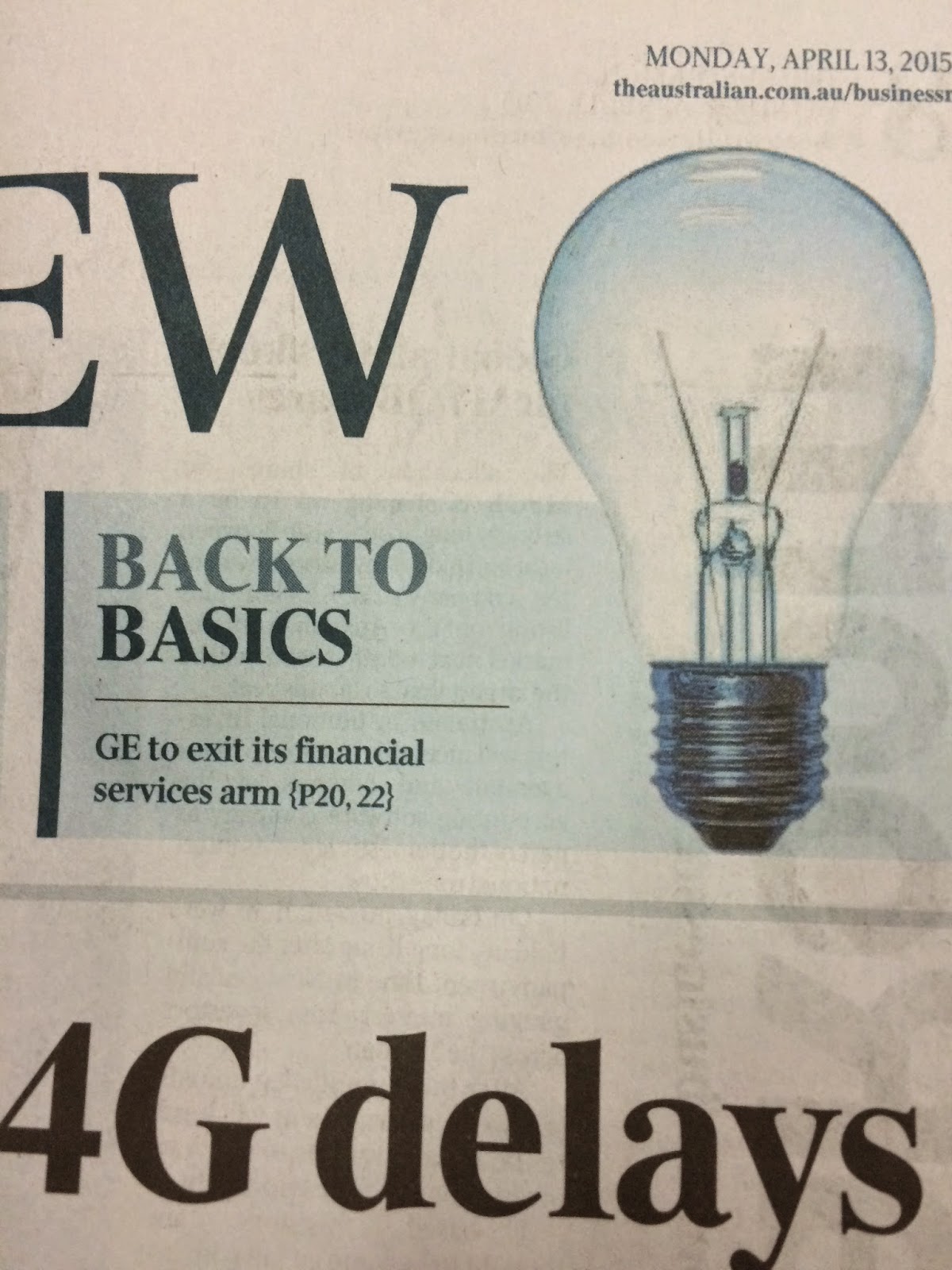 Last week GE announced that they were going to exit the last of their finance businesses. Remember this business began when Jack Welch and the team started financing capital equipment leases. First it was aircraft engines and later it was MBS's. I don't blame GE; the returns were sensational, and the regulatory requirement was minimal. The trouble is when you wake up one day, and you're the seventh largest bank in America someone is going to notice. It also helps if the market doesn't collapse. Well, soon they'll be back to being a capital goods company. If you're lucky enough not to be a bank saddled with the title of "too big to fail", it's more than likely that you'll be able to buy a piece of  what GE is selling, apply less equity to it and immediately show an accretion in both your EBIT and your RoE. Happy days are here again.