Imagine you wake up and your business is without a Chairman, CEO and COO for the first time in 32 years. In fact the Chairman/CEO had started with the company in 1947. What do you, as the inheritor do? This is exactly what happened to the widow of Bordeaux wine doyen Thierry Manoncourt who passed away in 2010. 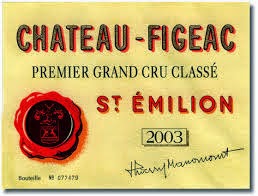 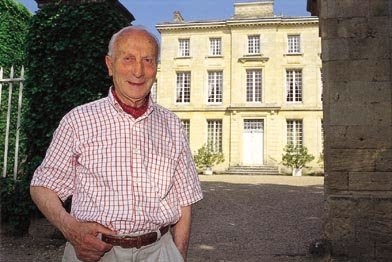 The family's primary source of wealth and for that matter their raison d'être Chateau Figeac on the right bank of Dordogne in the appellation of St Emilion was without it's Proprietor and just as importantly without its long serving consultant oenologist, Gilles Pauquet who retired around the same time as the formidable Manoncourt died. The details of what happened were in the weekend edition of the Financial Times as recorded by the extremely erudite Jancis Robinson and are available on her own website.

So why am I bothering on a blog that normally deals with publicly listed companies or cycling with a privately held wine producer in France? Transitions whether they be at Chateau Figeac, Apple, Microsoft, BHP or even in the future at J. P. Morgan are not only important in terms of profit and loss, but also culturally for the organisation in question. M. Manoncourt didn't die without a succession plan, he had in fact installed his son-in-law on the management committee of the Chateau in 1988 with the intention no doubt of having him be in a position to manage the estate for the four surviving daughters and his wife when he departed the scene. The best laid plans can often go array and in the case of Figeac one has to consider a number of unique features of the property and its business culture:

Unique terroir: The Figeac we see today is a result of significant changes from the original property. The property was originally double the size that it is today as a result of subdivisions during the 19th century. The most famous of these according to the historians saw a particularly important strip of land sold to Chateau Cheval Blanc, which left Figeac in a position of being mostly a gravel soiled property with its strongest root stock planted to Cabernet Sauvignon. Most of the other wines of St Emilion and Pomerol are dominated by Merlot or in the case of Cheval Blanc Merlot / Cabernet Franc which thrive more or less in clay soil. What this means is Figeac always seems the odd one out because cabernet doesn't have the youthful ripeness approachability of Merlot.

Mangement: The Manncourts came to own Figeac in 1942 through marriage and inheritance. Because of the war and manpower shortages including the then 25 year old Thierry Manoncourt's year in a German PoW camp, Figeac like other Chateau had to make do. Theirry returned in 1943 and by 1947 was in a position to see  the first of the great post war vintages in barrel and ready to sell. 1945, 47 and 49 represent the first of what I like to call the pre-modern classics, that is wines made before the widespread introduction of stainless steel tanks and various techniques in the 80's that produced a new heavier style. The fact that the young Manncourt saw such great vintages probably instilled in him a reverence for the vineyard that probably meant he had a certain skepticism for the modernist movement of the later 20th century. Add to this that his wine was always popular in the anglo-saxon trade and prices were growing as America and the new world took to wine consumption and the business plan of sticking close to what nature had given you seems somewhat obvious.

Style: If Figeac seems somewhat old fashioned by today's modern standards of highly concentrated fruit bombs from places as diverse as the Marema (Italy), Barossa Valley (Australia) or the Napa Valley (USA) then Manoncourt never seemed particularly concerned with the "fashion". In the 80's it was the final vintage of the decade that changed everything with the profound 89's having fantastic weight and texture (followed of course by the fleshy 90's - almost "new-worldly" themselves). Figeac stuck to its own road and was rewarded with very good, if not spectaculor reviews, enough to keep the Chateau humming along.

So what we have is a business being consistently good at producing a limited product range (they have also produce a second cru as well as the main offering), staying true to what got them there. They have a theme to work from thanks to Manoncourt and they kept their primary market well stocked. The flaw, if there is one was not that Figeac didn't invest in his property, it remains well equipped for modern wine making, but probably not challenging the new generation to search for other projects and markets with which to enhance the core business. Madame Manoncourt must be a particularly wily character to at her age have taken it upon herself to shake things up via the appointment of Jean-Valmy Nicolas from the family that owns the nearby Pomerol estate Château La Conseillante to the board and the hiring of one of the high priests of modern wine making as consultant oenologist Michel Rolland. Of course Rolland is seen as everything old Manncourt wasn't (probably unfairly) as he's been characterized as an industrialist rather than a grower. But don't think for moment that continuity passed Mdm Manncourt completly as she also appointed as managing director Frédéric Faye, the then 32 year old 10 year veteran of the Figeac estate, who just so happened to have worked with Rolland in 2008 on a project in Argentina. So in a way the Manncourts have thrown open a stale board by adding an outsider, embraced the new through Rolland and kept true to the spirit of Thierry via someone who spent 10 years working with him in the form of Faye.

Will the changes at Figeac see the estate elevated once more? To know that you'd have to know the influence of the four Manoncourt sisters due to the nature of the Napoleonic inheritance laws of France that will call in time for ownership to be once again redistributed on the passing of Madam Manoncourt. If the goal is to increase the value of Figeac in order to facilitate the sale of the property at an appropriate price, as was the case 1998 when Cheval Blanc was sold to Bernard Arnault, (LVMH), and Belgian businessman Albert Frère for €155m, then you can see the plan coming together. Investors would do well to watch this space both as a lesson in transition management, but perhaps also for the chance to buy into a fine Bordeaux vineyard which might well be on a new growth trajectory.

The wet weather in Sydney continues and I'm trying to complete one of the Strava challenges that are periodically offered. This one sees me attempting to ride 1,266 kilometers in 40 days. I have 6 days left and still need to complete 242kms. It's not as easy as you think because the easter vacation is over now in Sydney, meaning that cars are back in charge of our roads. Add to this the autumn rain and it will be touch and go.

The other distraction I have is in connection to a position I'm interviewing for. It's taking a while to get through the steps and as I haven't worked for a large corporation for a while it's easy to become frustrated with the process. It's quite different than being able to call up the owners and say what you're doing or what you'd like to do and get an answer in short time. In a large corporate there are so many stakeholders that you're forced to slowdown and bring people on board in whatever you're trying to accomplish. In my case the position is a fantastic opportunity to work with a really highly rated team. People know me understand my philosophy when working in a team environment is simple, especially as a manager; you're only as good as your weakest link. If you're the weak person you're letting people down, if you're the manager and one or more of the staff is under performing then so are you and you need to fix it. If you're servicing a client or another internal business unit you have to treat them with respect. Finance requires a level head and some hand holding. Take people along with you and if that requires you to slowdown and explain things then you do it in expectation of a better outcome in the long run. I don't expect people to roll-over and just hand me a plum job. Experience tells me that you check your ego at the door and work hard . . . nothing was better than being having my team still humming at the terminals a 9pm on a cold winter's night on the big trading floor at UBS in London when the crew didn't even whinge once about the hour and they got on with it, because you got on with it and they knew you were all in it together. That made the trip home on the tube shorter and happier for all.